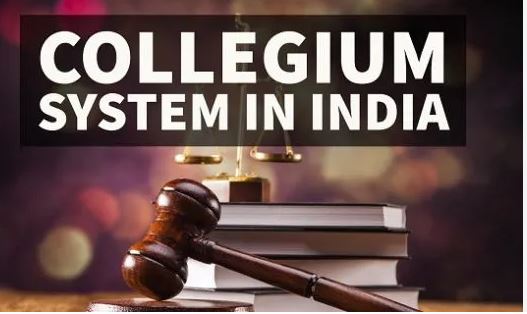 THE levy of Rs100,000 for making scandalous allegations against the 50th Chief Justice of India Dhananjaya Chandrachud by the Delhi high court, with the observation that it has now become a fashion to destroy the reputation of judges by making frivolous allegations against them, has come as a welcome relief for the CJI. There is no doubt he is one of the finest judges we have compared to those who occupied this high Constitutional post in the past.
How he will handle the law minister, Kiren Rijuju, who a week ago mooted the setting up of an in-house committee to monitor the oral remarks made by judges during hearings will be watched with bated breath. He may choose to ignore these remarks given that the CJI is a diplomat and does not want to get embroiled in controversies.
However, Rijuju’s declaration can be construed as being a direct infringement of judicial independence. This is because during adjudication, judges have to ask questions, cut short repetitive arguments, retort sarcastically to lawyers’ remarks or occasionally threaten senior advocates with contempt action if they browbeat judges. His warning that the government would not remain silent forever in tolerating the opacity of the collegium system implies we must be ready for change.

JUDGES IMMUNITY
FOR the uninitiated, judges are immune from criminal and civil action while discharging their judicial duties which include their oral remarks made in courts. Even though defamatory, these judges have to ask impertinent questions to elicit the truth or find out what the government may sometimes want to hide. Unlike the inquisitorial system of foreign countries, our adversarial system of adjudication forces judges to rely on the prosecution versus the defense to ferret out the truth.
The Judges (Protection) Act (JPA), 1985 and Article 121 of the Constitution ensure that judges’ conduct within their court rooms cannot be discussed in Parliament or the state legislative assemblies. The Constitutional and statutory protection in laws such as the Indian Penal Code bolster this protection. The very idea of setting up an in-house panel to monitor oral remarks of judges in their court rooms will violate these laws.
When the firebrand Trinamool Congress MP Mahua Moitra made a fiery speech about Rajya Sabha MP and former CJI Ranjan Gogoi, the treasury benches sought to shout her down. But Rijuju’s suggestions of allowing lawyers to address the Supreme Court in Hindi or another vernacular language is impractical, because judges from the Madras, Kerala or Andhra Pradesh high courts are not fluent in Hindi.
Rijuju added that judges spend more time in deciding who would succeed them in office, rather than delivering quality justice, reiterates that a change in selecting judges is in the offing. The law minister added between 40 and 50 senior advocates monopolized litigation in the Supreme Court because of their fluency in the English language. Hence, it was imperative that lawyers should be allowed to argue in Hindi or in other Indian languages.

PM’S VISION LAUDATORY
PRIME Minister Narendra Modi‘s vision of making court proceedings accessible and intelligible to the common man is laudatory. But writing judgments in diverse languages would prove a hurdle for those not fluent in the local languages, because one-third of judges in the 25 high courts including the chief justice, are from outside the state. This would require the additional infrastructure of recruiting translators who have to be adept in translating legal language into vernacular language and then into English and vice- versa.
English has been the lingua franca of Indian courts for 250 years which means all the Privy Council judgments will have to be translated into the vernacular. This is impractical and will impose a heavy financial burden on the exchequer unless an advanced software is developed to make this feasible.
Kiren Rijuju’s argument that the entire country supported the National Judicial Commission Act, (NJAC) 2015 which was born from the 99th amendment of the Constitution evokes interest. This is another iteration that a drastic change in selecting judges is in the offing. Perhaps a transmogrified form of the NJAC Act may replace the collegium system.
Were it not for the exalted status he enjoys as the law minister of India, some of Rijuju’s statements border on contempt, although the former CJI Uday Umesh Lalit does not think so. Not all judges concur with their former CJI Lalit. The Supreme Court bench of Justices Sanjay Kishan Kaul and Abhay Oka issued notice to the law secretary because they did not clear the names of 11 putative judges reiterated by the collegium.
As per the Memorandum of Procedure, once iterated a second time, the government has to clear the files within 18 weeks. Lawyers who have earlier consented to being elevated as judges will withdraw their consent due to the unending wait, which may be what the government wants them to do, opined Justices Kaul and Oka — though indirectly.
GOVERNMENT TAKEOVER?
INTERESTINGLY, retired Supreme Court judge Madan Lokur said the name of Bombay high court Chief Justice Dipankar Datta of the 2006 batch was unanimously cleared by the collegium in September 2021 for elevation to the Supreme Court, but the government allegedly sat on his file to thwart his chances of taking over as a future Chief Justice of India.
His colleague, Deepak Gupta, said the government neither clears the files nor points out why some names sent for elevation are not acceptable. Hence, the collegium should not forward more names until the previous names have been cleared. In sum, they too seem to be aware that the government may replace the opaque collegium system of judges appointing themselves with one where the government selects its own judges.
Already, judges who are too vocal in discharging their duties are shunted out. An example is the former chief justice of the Madras high court, Sanjib Banerjee, who was shunted to the tiny Meghalaya high court after he declared in open court the Election Commission of India should face murder charges for flouting Covid-19 protocol.