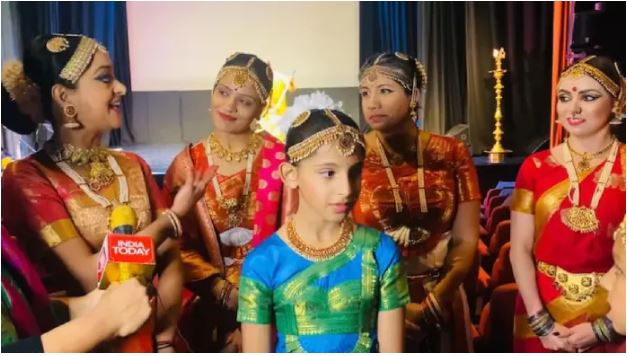 The younger daughter of Anoushka of Rishi and Akshata insists that she is still close to her Indian routes. She held her Arangreten (inaugural performance of the Kuchupudi dance) in London recently infornt of her mother and grandparents recently.