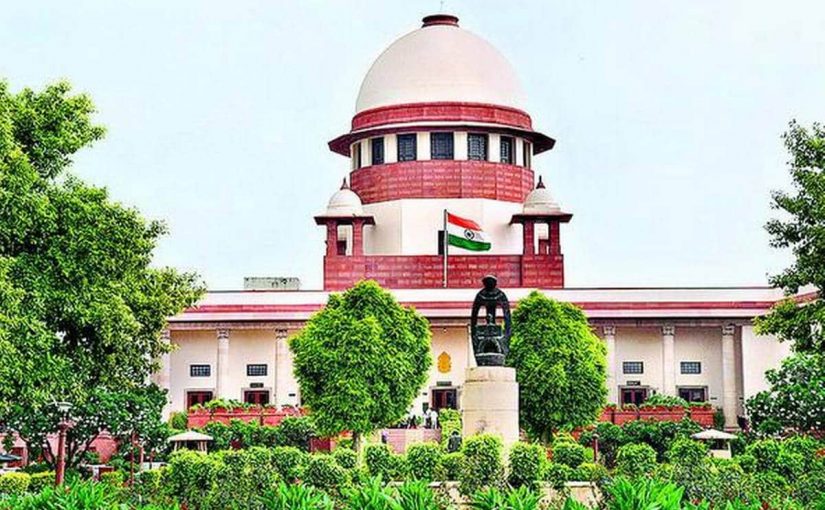 There are 72,062 cases in the Supreme Court and 59,45,709 cases in 25 high courts pending for hearing and disposal! Will increasing the number of judges speed up the delivery of justice?

THE TUSSEL between the judiciary and the government over the appointment of judges directly impacts tiny Goa which has its unique problems. The judiciary has iterated that the government is willfully flouting the law by thwarting appointment of judges selected by its collegium. But the Supreme Court appears reluctant to issue contempt notice to the Union government while stating that increasing the number of judges will not speed up disposing 72,062 cases in the Supreme Court and 59,45,709 cases in 25 high courts.
This is why the remarks of justices Sanjay Kishan Kaul, (the 51st putative CJI after Dhananjay Chandrachud demits office in 2024) and Abhaya Oka who “took exception” to the Law Minister Kiren Rijuju’s remark that the judiciary should not take upon itself the task of appointing judges evoked umbrage after he returned 24 files, “We will do it ourselves. No difficulty. This remark came from someone high up in the hierarchy. All we can say it should not have (come from him).”

RUSSIAN STORY
NEARLY 341,000 Russians visited Goa in 2019 as compared to 271,000 from the United Kingdom with allegations of loud music being played at Morjim well past the 10 pm deadline. This may be one factor the high court in Goa has directed the superintendents of police in north and south Goa to crack down on those violating the law. Chief Minister Pramod Sawant himself holds the home portfolio and decides the promotion of police inspectors to deputy superintendents of police. Most of them have serious complaints against them but have still been promoted.
To return to the national scene, 16 out of 28 state assemblies approved the 99th Constitutional amendment and the National Judicial Commission Act which received the assent of President Pranab Mukherjee on December 31, 2014 bolsters the government view that the judiciary cannot strike down the so-called “will of the people.” This is tantamount to telling the judiciary what it can or cannot do and can be construed as contempt of court. Lesser mortals may have gone to jail.

BILKIS BANO MATTER
THE wisdom of the founding fathers to buttress the wall between the judiciary and the executive becomes evident with rape survivor Bilkis Bano, petitioning the top court against the release of the 11 men convicted of raping her and murdering her child, as pandering to Hindutva ideology. If the Supreme Court sends them back to jail, it will prove our judges do not want to appease the government.
The government’s contention is that the Constitution is silent about appointment of top Constitutional functionaries like judges of the high courts and the Supreme Court, apart from the Chief Election Commissioner and the Election Commissioners, which is why this is the prerogative of the government, thereby directly encroaching upon judicial independence.
But the judiciary interprets the Constitution, filling in the gaps which is what led to the collegium system of appointing judges being set up in 1993. The drafting committee of the Constitution chaired by Dr BR Ambedkar sat between August 29, 1947 and October 1947 with the first draft being ready for the assembly on November 4, 1948, leaving insufficient time to fill in all the gaps in the draft. The draft Constitution was adopted only on November 26, 1949 — two months before it came into force.

CASTE V/S CONSTITUTION
ALTHOUGH India is a Hindu-majority state, the caste system at the core of Hinduism making it incompatible with Constitutional values. This is why Dr Bhimrao Ramji Ambedkar presciently declared if (future) political parties placed religion above the nation, the country would lose its independence a second time. From the basic structure theory propounded in the Keshavananda Bharati case in 1973 to the first Public Interest Litigation innovated by Justice Krishna Iyer in 1979 and beyond, the judiciary is tasked with social engineering through forward-looking judges, while the government seeks to appoint its own judges who look forward to their own careers. If the judiciary allows the government to appoint its own judges, this will be disastrous.
Every draft clause of the Constitution had its own marginal notes stating from which nation’s Constitution the draft article had been borrowed or whether it originated from the Government of India Act, 1935 which forms its substratum. Banal platitudes sanctifying our Constitution fool our people because the innumerable amendments have already changed its nature.
The preamble and other parts of the Constitution have undergone a transmogrification after over 100 amendments to its text, so that what our founding fathers envisaged is not what we have today. Certain Hindutva groups have gone ahead and declared Bharat (India) to be a Hindu state after publishing their own “Hindu” Constitution where the minorities have been deprived of their right to vote but allowed their right to live, educate themselves and carry on their livelihood. Ambedkar has been proved right.
Laws such as the Unlawful Activities Prevention Act (UAPA), the Prevention of Money Laundering Act
(PMLA) and the Armed Forces Special Powers Act (AFSPA) invade the right to life and liberty guaranteed by Article 21, which, like the independence of the judiciary, comprise the basic structure of the Constitution. But the independence of roughly 30 judges in Goa has not succeeded in protecting the 1, 542, 750 Goans’ right to life and liberty—because true Goans are displaced by migrants from other states.