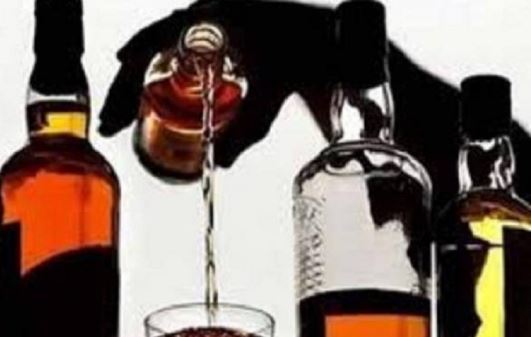 OPPORTUNITY: During prohibition in Mumbai several Goan young and middle-aged ladies converted their living room into a bar from where they supplied coconut and caju fenny and country liquor. Indeed, one of the reasons against Goa’s merger with neighbouring Maharashtra was the fear that prohibition would come to Goa !

Wherever and whenever an experiment has been made in imposing prohibition the consequence has been the springing up of adulterated liquor shops. Cheap country liquor is made up of ethanol and other dangerous chemicals which can kill instantly. If you drink spurious or adulterated liquor you may prepare to die prematurely!

As many as 39 deaths were reported from Bihar’s Saran district between December 14 and 15, all allegedly caused by the consumption of spurious liquor. Bihar is a dry state in which alcohol is prohibited.
The news led to back and forth in the Bihar assembly where the ruling alliance led by Chief Minister Nitish Kumar and opposition Bharatiya Janata Party traded heated charges.
CM Nitish, however, doubled down on the prohibition he had enforced in the state, saying, “If someone consumes alcohol, they will die. The example is before us.”
Sale and consumption of alcohol was completely banned in Bihar by the Nitish Kumar government in April, 2016.
Speaking to news agency ANI, he said, liquor is “bad and should not be consumed.” He also said that while “several people have happily accepted” the ban, there have been “troublemakers.”
In August this year, 11 people died and 12 fell seriously ill, many of them losing their eyesight, after consuming spurious liquor in the same Saran district.
According to Sunil Kumar, the state’s minister for prohibition, the initial deaths were reported from Mashrak and Isuapur police station areas of Saran.
Dr Sagar Dulal Sinha, the Civil Surgeon-cum-Medical Officer In-charge of Saran, said, “Most of them were declared dead at a hospital in Chhapra, the district headquarters. Some, who had been ill since Tuesday morning, died while undergoing treatment”.
Since it is suspected that all the deceased had consumed some intoxicant, after the post-mortem the viscera will be sent to a forensic laboratory at Muzaffarpur for examination, Sinha told PTI over phone.
The district administration, meanwhile, said it has constituted teams of officials, who will tour the affected villages and meet the bereaved families to track down those who might have served illicit liquor.
Hooch deaths occur at regular intervals in Bihar. Eight people died in November last year and several others fell ill after consuming suspected spurious liquor in West Champaran district.

Assembly takes up issue
The issue rocked the Bihar assembly, where BJP MLAs entered the well, raising slogans against the government and demanding compensation to family members of those who lost their lives in Saran.
Chief Minister Nitish Kumar, to whom prohibition is a move inspired by Mahatma Gandhi and hence close to his heart, rose in his chair angrily and stood admonishing the BJP legislators, waving fingers at them.
The din caused Speaker Awadh Bihari Chaudhary to adjourn the proceedings for 15 minutes, within half an hour of commencement at 11 am, and the unruly scenes continued when the House re-assembled.
BJP members demanded an apology from the chief minister, who was then not in his chair, and staged a walkout when the Zero Hour began.
The demand for apology was raised by the BJP MLAs again after lunch, when both the CM and Deputy CM Tejashwi Yadav were present inside the House. All the opposition MLAs walked out in protest as the Speaker went ahead with the day’s business.
Outside the House, Leader of the Opposition Vijay Kumar Sinha told reporters, “The CM owes his current term in office to us (BJP) but he ditched us and joined those he had been accusing of jungle raj (RJD). In their company, he has picked up their ways, which is evident from the intimidating and insulting language he used against us on the floor of the House”.
Leader of the Opposition in Vidhan Parishad Samrat Chaudhary added: “We are appalled to learn about the behaviour of the chief minister inside the assembly. He seems to have lost his moorings and should resign”.
Tejashwi Yadav, replying to queries of journalists, said the BJP should remember that Bihar has witnessed many hooch deaths while it was in power.
“Many of its own leaders have also been accused of involvement in illicit liquor trade. It should not make hypocritical noises but cooperate with the government which is making honest efforts to curb liquor consumption,” he said.
Parliamentary Affairs Minister Vijay Kumar Chaudhary said the BJP members should understand that consuming liquor in Bihar is a crime, and thus, deaths caused cannot be compensated for. “It will be tantamount to supporting liquor consumption.”
Meanwhile, RJD MLA and former minister Sudhaker Singh said that the saffron party, having shared power with Nitish Kumar, had no moral right to raise a hue and cry on the matter, but he seconded the view that prohibition was “a complete failure” in Bihar.
“The matter should be investigated by a commission of inquiry headed by a sitting high court judge. Almost every day hundreds of people get arrested for consuming alcohol. How is liquor available to so many people if those in power are not involved in some way,” he said.
Singh was made to resign a few months ago after repeated outbursts in public regarding corruption in the department he headed.

(With PTI inputs)
Courtesy: The Wire