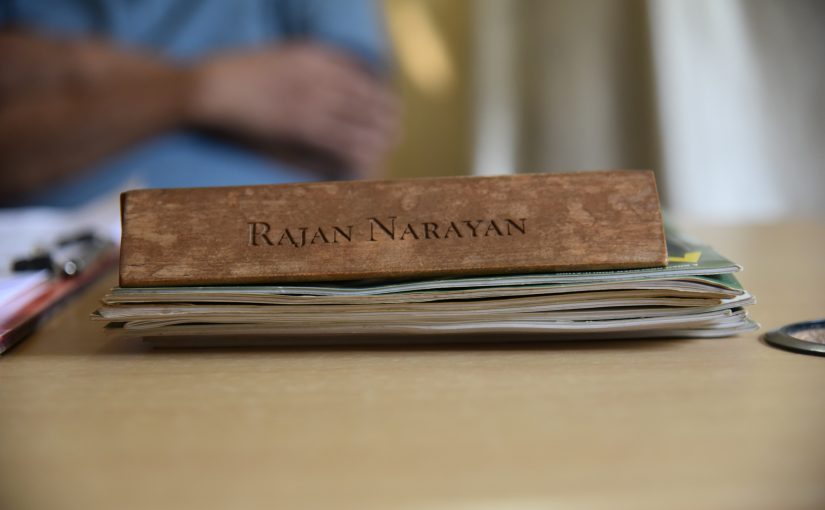 Leaves out of the life and times of underdog editor Rajan Narayan …a wife caps a few experiences of the loverly and not-so-loverly kind!

It’s always preferable to write about people when they’re still around, alive and vital. Recently, I asked Rajan Narayan (who is also my husband): Will you do down memory lane with me for old time’s sake? He said, No! I said, I can do it anyway if you don’t answer a single question! Mine is a love story like no other depending on whose eyes you see it, mine, or his. It’s been a marriage of 20 years plus these days I feel I must write about a man who made such a difference for the better in my life. His life is worth writing about, his biography is far more interesting than even late chief minister of Goa, Manohar Parrikar! Somebody should make a documentary film on Goa’s most underdog editor who has seen some of Goa’s most exciting times as founder-editor of the ‘OHeraldo’ English daily. But they won’t, they prefer more boring subjects, Rajan Narayan’s life has been far too exciting, depending on how sensitive and alive you are to what is happening in Goa and the country today; if nobody writes about my husband Rajan Narayan, I will! His is an invaluable, timeless and inspirational story although today it’s become a very sad one…