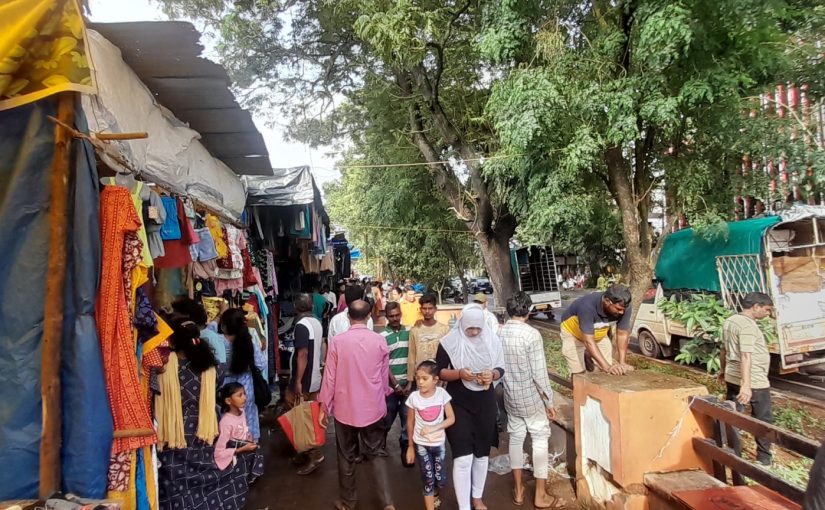 EMPLOYMENT: The casual workers who come to Goa in thousands every month have no difficulty finding a job. This is because their expectations are low and there is a bigger demand for their women who work as maidservants in a neighborhood, the men do labor work and other petty contract jobs. The only problem is finding a roof over their head or the ‘makaan’ and here Goan owners of property may exploit them more or less.

The difference in being masters and masses is that the masses are more vulnerable to the economy, particularly the MSME sector. Casual labor is probably the most resilient being guaranteed roti, kapda if not makan, in any of the flourishing urban centers like Goa

The Covid-19 lockdowns interestingly made the rich, richer. Nobody heard about the Gautam Adanis, Elon Musks, and the other industrial and social media barons in the country. The hi tech firms in fact prospered the most. Covid lockdown protocols meant that employees could work from home. This meant the company saved rent on office spaces and other facilities which office staff and executives enjoy on 9 to 5 jobs.
Perhaps the only people who were unhappy were the wives. Most did not want their husband hanging around at home 24×7 demanding refreshment services every now and again. Besides accommodation the hi tech MNCs also saved on transport, time and petrol. Office-goers and employees did not have to travel long distances to their work by various public or private transportation every morning.
This is a work phenomenon that has been happening not only in California and the UK and other developed countries but also in the less developed countries like India’s urban towns and big metros. In small capital city of Goa, Panaji, for example, most of the editorial employees of the “Times of India” are still allowed to work from home – it probably saves them the rent by letting go of one editorial floor in their Haroon Rashid building at Miramar, the owner of the famous Carpenters company which leased them the building.
We know of a senior employee of Tata Consultancy in Mumbai or rather in distant suburb Thane who is allowed to stay in residence in instead of driving all the way to her Mumbai Nariman Point offices to work. Many national and international companies want their employees to return to office but the employees are reluctant to come back. The result is as an alternative many companies which have their offices in Mumbai are now planning to relocate their offices to Thane — where the majority of their employees stay. To be closer to their employees.

CASH RICH COMPANIES
THE hi tech companies and cash rich companies have seen a huge increase in their profits. While many of the medium and small scale companies have virtually collapsed. Companies like TCS, Wipro, HCL and Infosys have been recalling growth of 18% a year and that too in dollars. This is because a majority of their business is abroad.
In sharp contrast, contact labor which is primarily employed by MSME manufacturing businesses have virtually collapsed or are struggling to stay alive with dignity. This is because the small businessman does not have money to provide alternate accommodation for his employees. MSMEs do not have the funds to create an internet network to digitalize their company. They have no facilities to observe Covid-19 protocols required, that of maintaining a five-meter distance between employees’ work space. The biggest drop in employment has been in the MSMEs
This in turn has led to an anomalous increase casual labor. We see this in Goa every day. The railway stations of Vasco da Gama, Margao, Thivim up north Goa offload hundreds of migrant workers from the rest of the country in Goa. Their tickets are paid or not paid but they find it easier to find some kind of a job in Goa.
Every single day and particularly during the cooler tourism months new shops and restaurants spring up in Goa. In the month of December and January there are mela or employment camps held by the government and private sector organisations at the gigantic Dr Shyama Prasad Mukerjee stadium on Taleigao’s Bambolim plateau. There are the community centers doing exhibition sales and in Merces there are permanent exhibitions all the year around.
Every MLA of every constituency has realized the job potential of casual workers. Every village is holding a week-long fest to commemorate religious anniversaries or vocation celebrations, for example the recent elevation of a bishop to the post of a cardinal. There were wide spread celebrations when two members of the same family, actually brothers, were appointed bishops by the Pope Francis of the Catholic Church.
The temples of Goa are not lagging behind. Every zatra or jatra is accompanied by the common fest. This gives an opportunity to locals to set up stalls to retail sundry utility item and sweets and savories, not to forget the standard roasted gram, groundnuts, green vatana to earn an income. Indeed, very few migrants in Goa fail to get a job within two days of landing in Goa.

HAPPY MIGRANTS
THE migrants are briefed by their more seasoned colleagues in whichever state they come from. The migrant workers from the North-Eastern states who work in the casino business stay in shared accommodation in housing societies, and there are the Nepali watchmen and cooks in take-away kitchens. The migrants of Orissa also get jobs in the security business.
Since more and more shops are coming up the slightly literate managed to get jobs in shops. No security checks are done. No identity checks are done. It is not the husbands but the wives who are the main attraction for Goan homes with large families who need workers to do a host of labor jobs.
On the other hand there is a huge migration in of the better offs and monied classes of the bold and the beautiful, rich and powerful who set up premium quality restaurants in Goa and they desperately need migrant workers and maids, drivers for rented cars. A migrant couple can easily earn Rs15,000 to Rs20,000 a month. In education is virtually free, so is health care and medicines, all welcome facilities for the migrant working class. Goa is a paradise for casual migrant workers.
As it is migrant workers are employed majorly by the government of Goa. Tourism Minister Rohan Khaunte is making the tourist taxi scenario worse by organizing newer taxi services with drivers who know neither the local language nor tourism sight-seeing places but depend on their passengers to guide them. At every important tourist centre and indeed, every constituency, there is a festival or a mela on. Here shops are illegal and need a nod from the minister to legalize.
Panaji is bad enough with the Atal Sethu. Now a ropeway has been sanctioned for tourists to ride across the Mandovi to Reis Magos, for this river point jetties have been set up. Many more casual workers will be needed to work at these places because Goans don’t need to or do such low wage jobs. The advantage Goans have is that they have their own homes, sometimes several homes. So they may rent out small divided rooms to casual labor for a rental of Rs5,000 per month or so. Goans, of course, will wait for the government to give them jobs or they will take the first opportunity to fly out to the Gulf countries or elsewhere to work abroad. This Goa today at a crossroads.