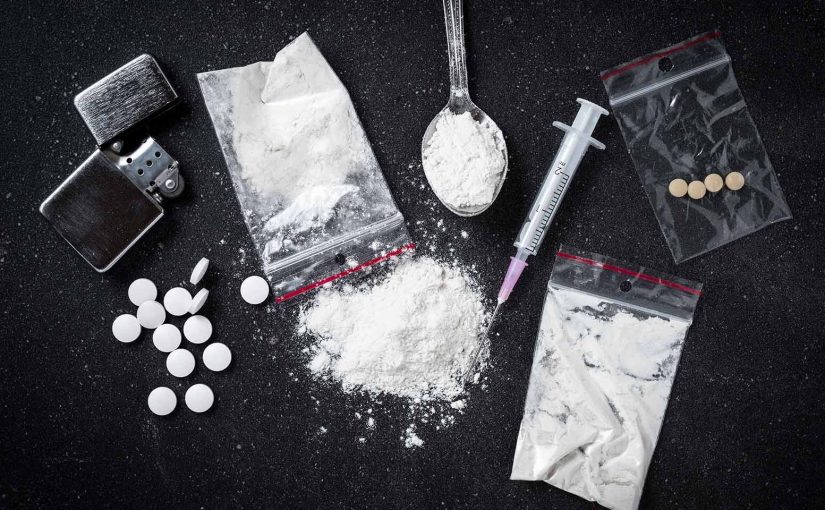 THE Director General of Police (DGP) Jaspal Singh’s statement on Saturday that there is no drug mafia or gangs selling drugs operating in the state, “but peddlers come with small quantities of narcotics to Goa,” has evoked a lot of consternation. He also said that drug dealers keep adopting new ways to transport drugs as there is a lot of money involved in the trade.
That goes without saying. But it is surprising that the DGP announced to the media there is no drug mafia operating in Goa when the cognoscenti knows otherwise. Along the coastal belt of Morjim, Vagator, Calangute, Anjuna drug peddlers do operate with impunity
Ten years ago on October 31-November 1, 2013 to be precise, alleged drug peddlers from Nigeria kept the corpse of their compatriot on the national highway to protest alleged police inaction in arresting the drug kingpins who had murdered their Nigerian friend.
The situation took an ugly turn when the local MLA, Rohan Khaunte, demanded the suspension of the SP (North) Priyanka Kashyap, IPS, for allegedly insulting the locals and her immediate transfer. The videos of a huge crowd raising slogans and shouting in support of Rohan Khaunte is still visible on the YouTube.

TOURISM CONCERN
BE that as it may, it appears unlikely that Goa is only a consumption centre with no international drug mafia gangs operating here. What seems more likely is that the DGP who has spent time in the Intelligence Bureau wants to avoid giving Goa a bad name so that tourists continue to flock to this state.
In the same video, Rohan Khaunte, who today holds an important portfolio in the Goa cabinet, is seen alleging there were 160 drug habitations around the home of his earlier arch rival, Michael Lobo. This gentleman, who was the deputy speaker in the Goa legislative assembly has a good equation with the media and was seen laughing and chatting with noted media anchor Rajdeep Sardessai interviewing him. We do not subscribe to this allegation but whatever may be the truth, it goes without saying that those who are in the cabinet, themselves have links with drug peddlers.
Drugs are sometimes supplied to a few offshore casinos for those who can afford to spend big bucks on them, because like the casinos, they fuel the Goan economy along with agriculture and mining. Drugs now form a segment of tourism and this is why Goa attracts international clientele from Russia, Nigeria, Israel and the United Kingdom.

BIG FISH ESCAPE
THERE have been books written by those who have smuggled hard drugs like cocaine and ecstasy from Goa to the global market. Festivals like the Sunburn festival are notorious for selling drugs surreptitiously to those who can afford to pay for them. One Shailesh Shetty, known to be close to a certain SP of police who was earlier in Porvorim and was promoted from the post of Dy SP to SP despite several complaints against him, was arrested for selling drugs at one of these festivals.
This same Shailesh Shetty was later arrested for planning the murder of Vilas Mether from Salvador do Mundo, by paying supari to three men who waylaid the hapless RTI activist who was returning in his car after paying a visit to the Sarpanch of Salvador do Mundo. As usual, the police have caught the small fry but allowed the big fish to escape.
The police dare not take action against their own ministers because the annual confidential reports written by their superiors can be spoilt at the behest of the local MLA or minister. The vicious circle between the politicians, the police and the drug mafia is complete. Nobody can break this circle and anybody who thinks he can do so is living in a fool’s paradise.
Drugs are supplied from the golden triangle of Afghanistan, Nepal, Bhutan, Malaysia through the overland route, where they eventually find their way into Goa. The drug-smuggling is carried out by international gangs with billions of dollars to spend and busting these global drug cartels is no easy task. Once a person gets mixed up with them, there is no easy way out.
Blackmail and extortion are used by these global drug cartels to ensure the supply routes are kept open. Despite exposes in the Goan media, the narcotics cell of the Goa police has done nothing because incompetent or corrupt police sub-inspectors are posted here. They are invariably promoted to the post of police inspectors despite being unable to solve simple crimes so that it is known if they keep their MLAs happy, their career progression is assured.

FOREIGN WOMEN NOT SAFE!
THE best example is that of Scarlett Keeling, the British teenager who was raped and murdered. The thoroughly incompetent police officer made it look like a case of accidental drowning. The local lawyer-turned-activist told this advocate-journalist that the mother of the victim should be arrested because she allowed her minor daughter to stay back unchaperoned. This is why foreign women tourists are advised that Goa is not a safe place for them.
In any case, the DGP’s statement that Goa is only a consumption centre for drugs and not a place where the international drug mafia operates has to be taken with a lot of salt. The truth may be that the narcotics cell of the Goa Police is manned by incompetent or corrupt policemen who can be silenced by the ministers.
But what the DGP has told the media is not the whole truth.
It never can be.