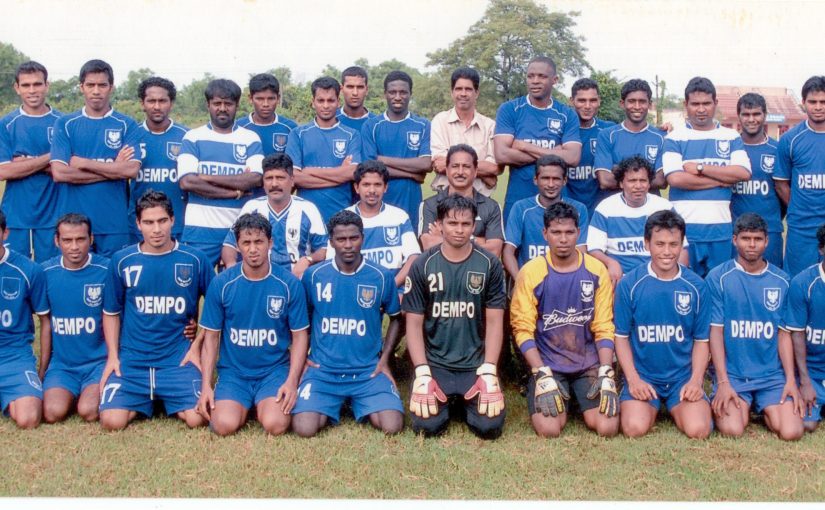 RECENTLY, Salgaocar and Sporting Clube de Goa announced their decision to pull out from the 2016/17 I-League, with reports that newly promoted Dempo could soon follow suit.

This could prove to be a fatal blow for India’s premier football league and also trigger the beginning of the end of Goa’s prominence on the football map. The decision has come after the All-India Football Federation (AIFF) proposed a revamped model for Indian football, that undermined the I-League and participating clubs by making it second best in the pecking order after the cash-rich Indian Super League (ISL). Also, participation for the re-structured I-League would only be on financial grounds.

The joint statement issued by Salgaocar and Sporting Clube de Goa highlighted the hopeless situation the two clubs were left in after the proposed road map, terming it disheartening and shocking. In a meeting in May, the AIFF called for suggestions from all stakeholders to improve the presented plan. But a lack of replies from India’s apex football body brought to light the organisation’s unwillingness to pay heed to them.

“The lack of response from the AIFF is telling, and makes it clear that the fate of the world’s most popular sport in the world’s second most populous nation would be decided unilaterally. We have no option but to believe that the AIFF will enforce the May proposal, which would promote the ISL to the nation’s premier tournament with a ‘pay to play’ franchisee model with no promotion or relegation,” an excerpt from the statement read.

Things aren’t rosy for the ISL either. An ISL committee had enforced a whooping penalty on FC Goa, docking them 15 points in the next campaign.

There is a very real threat to Goa’s clubs in two of India’s biggest football competitions. The state that more often than not has been the flag-bearer of Indian football is facing a battle for its existence on India’s footballing landscape.

From Ignatius Dias in the 1980s to Climax Lawrence and Clifford Miranda in the first decade of the 21st century to finer talents like Brandon Fernandes today, all are products of Goan soil, but were fine-tuned and shaped into top national footballers by heavyweights like Salgaocar, Dempo and recently Sporting Clube de Goa. While these clubs will still continue to exist and train youth players, the lack of an outlet into the top level could cost Indian football dear.

“This is very bad day for Goan and Indian football. These two clubs have rendered such a great service to the state and AIFF for so many years and to see them not feature in the top league is very difficult to digest,” Climax Lawrence,  former Indian midfielder and a Goa all-time great, said.

“In Goa, football is the number one sport. People here are very passionate about the game. Over the years the state has produced so many players. But where will the young Goan boys play now? There will be no clubs in the top division. It will be difficult for Goan players to make a mark at the national level,” he added.

AIFF General Secretary Kushal Das expressed his sadness over the withdrawal of these two Goan clubs, but not without pointing out the failure of these clubs to generate a fan base. The average attendance numbers shows he is right, but only partially. Attendance figures in Goa dropped significantly over the last few years, but a lot of blame goes to the AIFF and the I-League whose promotion of the tournament has been simply non-existent.

“We admit that the attendance figures in the last few years were not great, but there is very little we can do if the league isn’t marketed and made appealing to the masses,” an agitated Sporting Clube de Goa official told Firstpost.

“Last month we had the Bandodkar trophy in Goa after a many years. The Goa Football Association did minimal efforts to promote it, but there were some efforts done. We saw crowds turning up in big numbers and had a packed house at the Duler stadium for the final between Dempo and Pune FC. So it shows that the Goan people haven’t lost their passion for football,” he added.

While it bodes bad news for football in Goa, the rest of the teams in the I-League are facing uncertainty ahead of the upcoming season.

While Mohun Bagan and East Bengal have already lashed out at AIFF, clubs like Mumbai FC – who announced Santosh Kashyap as their new manager – must start planning for the next season with fairly limited resources at their disposal. “As of now we are planning for next season and will form a team. But we are very sad that two more teams have pulled out of the I-League. We are now waiting for AIFF to act on this issue,” Henry Picardo, Mumbai FC’s team manager and former Air India player told Firstpost.

Mumbai FC are being brave to continue investing in their team that might not have a top league to play in, but considering AIFF’s reckless streak of decisions, the whole scenario could turn upside down before the end of the year. For a club with scarce resources like Mumbai FC, waiting for AIFF to sort out the mess could prove to be foolish as they would be left behind the other sides.

So, despite the uncertainty, these clubs are still investing in Indian football. These are encouraging signs for the future of the beautiful game in India, only if AIFF doesn’t make a fool out of clubs like Mumbai FC by discarding the I-League in the coming year itself.

The shorter format with fewer teams in the previous I-League campaign already had an adverse effect on Indian players as there weren’t enough spots available in the nine teams to accommodate all of them. Even top players like Sandesh Jhingan, who appeared for DSK Shivajians had to wait till mid-season to find a team. This issue was worsened by making the ISL the top tier league as the number of Indian players playing in the ISL teams is not more than five per team.

“India qualified for the Asian Cup after 24 years in 2011. It was all going well till the ISL started. Look how the Indian team is performing now. Why is that so? Because in the ISL there are very few Indian players playing,” reasoned Climax Lawrence, citing the difference in the level of the national team performance after the advent of the cash-rich league.

“When I was a player at Dempo, there just two foreigners playing and all others were Indian players. The Indian players need to play more if the national team performances are to improve. The ISL has changed that; it is a very bad thing for Indian football,” Lawrence added.

Multiple sources have confirmed that there has been no word from the apex football body after the meeting in May. The proposal may appear promising for the ISL franchises, but there are multiple hurdles for that to actually translate into reality.

“The proposed model is still up for suggestions. Nothing has been decided yet,” Mumbai FC’s Henry Picardo told Firstpost. “We are waiting for FIFA to look into the matter, as per FIFA regulations a top-tier league can’t be just a tournament and not have promotion or relegation. So there are a lot of questions to be answered by the AIFF and we are going to put forward some of these in our suggestions to them. We hope FIFA steps in soon and there is a positive solution,” Picardo said.

It remains to be seen if a FIFA-unapproved league is of any good to Indian football or its stakeholders in the long term. It may usher in short-term success like raising awareness of the game and pulling the crowd to Indian football – which would still be positive considering the current state – but AIFF’s tendency to take reckless or hollow decisions would catch up at some point of time.

Too many ifs and buts surround Indian football at the moment and they will refuse to go away unless AIFF takes responsibility and acts with it. It is difficult to disregard the work done by old Indian clubs in terms of youth development and promoting the sport and at the same time difficult to downplay the positives that the ISL brings to the table.