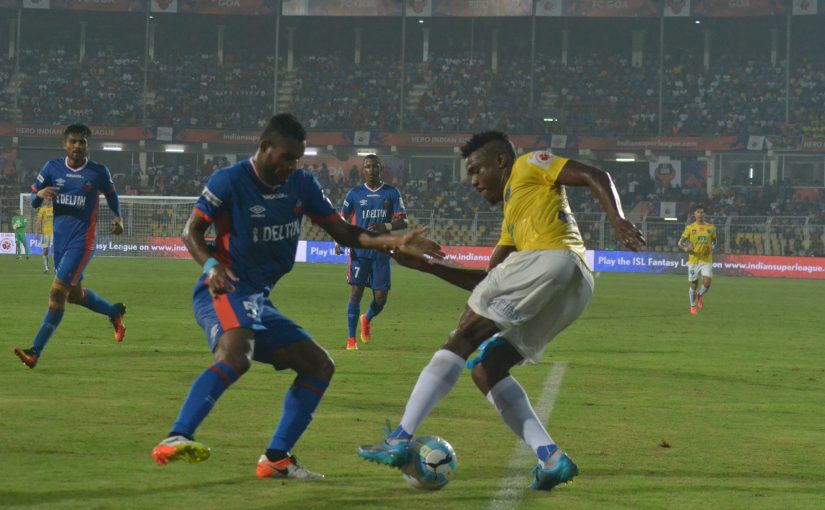 Both team have been struggling in the football league

FC Goa sits at the bottom of the Indian Super League table ahead of its upcoming match against Delhi Dynamos FC on Sunday.

Having played six matches in all, FC Goa has won just one, while drawing another and losing the remaining four, leaving the team coached by Brazilian legend Zico with just four points.

In comparison, Delhi Dynamos FC has also won just one game, but drew four and lost one, settling above two spots above FC Goa on goal difference.

In their latest game at the Jawaharlal Nehru Stadium at Margao on Monday, Kerala Blasters FC came from behind to beat FC Goa 2-1.

Goa made a positive start with a Julio Cesar goal in the 24th minute. Second half strikes by Mohammed Rafi and Kervens Belfort capped off a superb comeback by Kerala as they registered their first away win of the season in front of more than 18,000 fans.

The Gaurs started looking shaky in defence with the game approaching its climax. Gregory Arnolin almost scored an own goal in the 83rd minute when an attempted header back to Chowdhury struck the frame of Goa’s goal.

Delhi Dynamos were left without a win in their last five matches after only managing a 1-1 draw against FC Pune City in their Indian Super League (ISL) encounter at Jawaharlal Nehru Stadium here last evening.

FC Pune City stunned the hosts after taking the lead in the stoppage time of first half with their first real attempt on goal through Jesus Tato. Delhi Dynamos, however, managed to snatch a point late in the game after Milan Singh found the mark from a set-piece in the 79th minute.