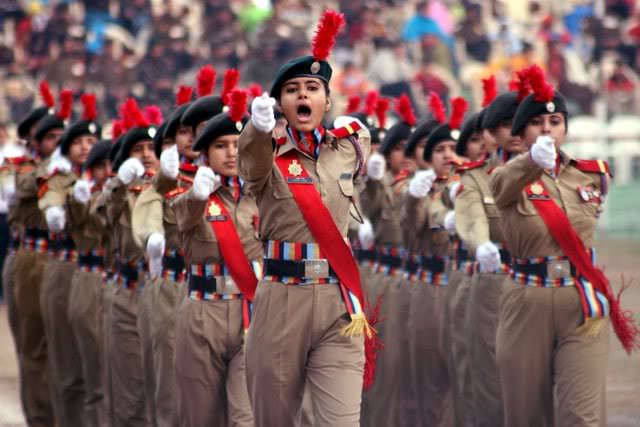 which has banned the sale of beef. A party which lets the likes of Vijay Mallya  get away, while confiscating our own hard earned money. A government which does not allow you to withdraw your own money even to get married. A party which is a threat to our freedom of religion, our freedom of thought and expression and our freedom to eat whatever we wanted. And in Goa our freedom to decide what language our children should be educated in primary school.

Goans cannot and must not vote for the Congress party which was thrown out of power in 1912 for massive corruption. In any case, even if you want to vote for the Congress, it is a rudderless sinking ship of a party now. The owner of the ship, Sonia Gandhi, is ill, and Captain Rahul Gandhi is not interested in her job. Even the sitting MLAs of the Congress, whose strength was reduced to nine in the 2012 Assembly elections, are declining Congress tickets. Because they do not want to go down with the “Titanic” which is what the Congress has become. Out of the nine Congress MLAs in the present Assembly, five have declined Congress tickets, this includes the Monsarattes, Babush and Jennifer; Pandurang Madkaikar, the Cumbarjua  MLA, the Dabolim MLA Mauvin Godinho and   the Cuncolim MLA Joquim Alemo.

Of the remaining four Digambar Kamat may jump to Goa Forward as he is close to Vijai Sardesai. Reginald may also accept the ticket of Goa Forward. Which leaves only the father and son duo Pratapsingh and Vishwajeet Rane. The belief is that there has been some match fixing between the Congress and the BJP so that the Sangh Parivar is able to return to power. The Ranes, particularly senior Rane, has always been close to the BJP. YOU cannot vote for the NCP as it has no base in Goa. It has no leaders since the death of Dr Wilfred D’Souza. The Congress has declined its offer of being an alliance partner. The NCP has been silent on demonetisation which has caused so much agony to the ordinary people of Goa. Goans cannot vote for a party which is represented by Praful Patel who destroyed the aviation industry. Incidentally, besides being Minister for Aviation, Patel is the bidi king of India. Goans cannot support the NCP which has lent its symbol to a womanizer like Mickey Pacheco. There is no question of Goans voting for the BBSM- Shiv Sena combine. The BBSM’s primary aim is to abolish grants for all English-medium schools. The BBSM wants the grants extended to English-medium  schools run by the church to be suspended. The Shiv Sena is far more dangerous as they have a record of inciting violence and attacking bhaile (outsiders). It may be recalled that the Shiv Sena not only attacked people from South India, but even the very hard working people of Bihar who control  newspaper distribution and run half of Bombay’s taxies.  The Shiv Sena may even dig up the Fatorda Stadium cricket pitch and is demanding an apology from Portugal for destroying Hindu temples. Very recently the sister wing of the Shiv Sena extorted Rs5 crore from Karan Johar for permitting the release of his film Yeh Dil Hai Mushkil.

GOANS cannot and must not vote for the MGP which wanted to merge Goa with Maharashtra. Goans should reject a party headed by the Dhavlikar brothers who are the patron saints of the Sanathan Sanstha which has been held responsible not only for the bomb blast in Margao during Digambar Kamat’s time, but also the murder of aforementioned rationalists. The MGP is the party which withdrew grants to English-medium primary schools.  It was the late Sashikala Kakodkar,  who recently passed away at the age of 80, who stopped grants to English-medium schools. It is Sashikala who insisted that grants should be restricted to vernaculars schools and she was the chairperson of BBSM until she died.

Initially, the Aam Aadmi party chairperson Arvind Kejriwal enjoyed a lot of respect and creditability. Unfortunately, this is no longer true. The judgement of AAP in selecting candidate is very suspect. At least five AAP candidates have been accused of harassing women if not molesting them. The Woman State Co-ordinator, Ashma Sayyed, has quit on charges of AAP betraying women.Ashma has reiterated that only a regional party can help Goa. The candidates are not being chosen according to the will of the people but by the Delhi High Command of the party along with a small coterie of chamchas like Dinesh Vaghela  who campaigned for Parrikar in the 2012 election. He is very fond of the good life and has been a casino regular. The only APP candidates who deserve to be supported  in their individual capacity is Elvis Gomes, who resigned from his Civil Service employment to contest elections, and Prudent Media’s anchorman Pradeep Padgaonkar. Which leaves us only with Goa Forward which claims to be committed to Goa, Goans and Goenkarponn. Vijai Sardesai’s definition of Goan is anyone who cares for the welfare of Goa. Goa Forward is a regional party without any High Command in Delhi or Maharashtra or anywhere else to tell voters what they should do. This is in sharp contrast to the Congress BJP and AAP which are remote controlled from Delhi, and the MGP and the MMS which are governed from Maharashtra.

What would be ideal is a coalition of Goa Forward and honest independents. Indeed, even those who have been allotted Congress MGP, BJP, NCP and APP tickets, should switch to Goa Forward which is Goa’s only secular regional party. But Goa Forward must make sure that it does not become a sanctuary for rogues from other parties.

AS a policy we have decided to support genuinely local parties and honest independents. We refuse to support any candidate merely because he has been granted a ticket by his party. At the same time we will support the best candidates or the least evil from the candidates put up by various political parties in the country. We will also support independents like AN Nagvekar,  owner and director of ANN Institute, which who is equipping young people to get jobs instead of collecting money for jobs like all other politicians do.

In all our forthcoming issues till elections we will focus on good candidates in every party and the best of the independents. We belief it is injurious to the health of Goa to support any national or communal or corrupt party.