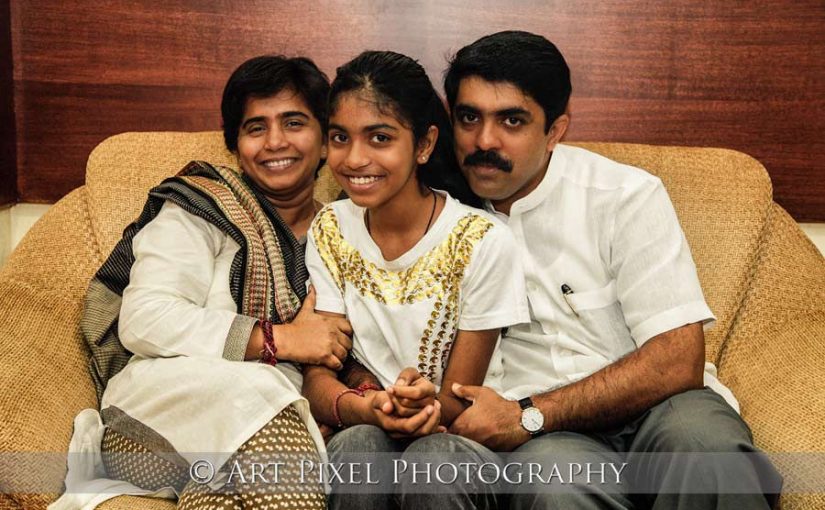 GOAN ASMITAI: Vijai Sardesai of Goa Forward inherits the tradition of his uncle Ravindra Kelekar, sister Dr Madhavi Sardessai and his parents – a distinguished entomologist and his Gandhian wife

We cannot depend on either the corrupt Congress or the communal Bharatiya Janata Party. It would be an even greater disaster if the Maharashtrawadi Gomantak Party-Bharatiya Bhasha Suraksha Manch alliance comes to power. We present some of the new faces which could restore the golden glory of Goa

THIS Christmas if you find fewer presents in your stocking on the Christmas tree, it is not because Santa has not made enough toys. It is because the elves who make the toys for Santa are all queuing before an ATM or a bank to cash the cheques they have received as payment.

If you have received fewer gifts from your parents who are the actual Santas, it is because the banks are not allowing them to withdraw their own money to celebrate Christmas with joy. The Christians among bank employees are equally unhappy as they cannot help their fellow customers to celebrate the birth of Christ. They are also unhappy as they themselves are unable to get enough cash because the Reserve Bank of India (RBI) and State Bank of India – which is the treasury bank which distributes all the notes – has not supplied them with enough Rs 500 and Rs 1000 notes.

Nobody wants the pink notes that the RBI has sent to the banks. Some ATMs have begun functioning but they too are only distributing pink notes which are useless for buying stars, decorations and trees.

CHRISTMAS this year is overshadowed both by demonetisation and the forthcoming elections. All the candidates, irrespective if which party they belong to, will no doubt project themselves as Santa Clauses. They will offer you Kingfisher beer and chicken biryani, or even the new pink Rs 2000 notes, television sets or gas cylinders. If you have a large family, they may offer you anything you want, including a pilgrimage to Shirdi, Valankani or even the Hajj in Saudi Arabia. They may offer you government jobs at a price so that you can join the corrupt system.

IT IS for you to decide who Santa Claus is and which of the candidates who approach you are actually ‘Santa Claws’. There are many politicians and parties like the wolf in the Red Riding Hood childhood story, who pretends to be the little girl’s grandmother so he can eat her up.

This Christmas you must make a resolution not to vote for candidates who divide us along communal lines, such as the Bharatiya Janata Party (BJP) which has taken Goa for a ride by pretending to be friends of the minority communities. The grants extended to private primary schools run by the church were a bribe given by former chief minister Manohar Parrikar to get Catholic votes. They will be withdrawn if the BJP comes back to power.

Every parent and child has a right to study in the language best for his or her economic security and future. Even social activist Datta Naik has now realised that our children should learn English to join the global revolution. Those who wish to deny you the freedom of choice are ‘Santa Claws’, who want to deprive you of a bright future.

Lord Jesus Christ had declared that it would be easier for a caravan of camels to pass through the eye of a needle than for a rich man who is corrupt to enter the Kingdom of Heaven. So this election you should support secular parties who will serve the poorest of the poor sincerely.

IN KEEPING with the Christian spirit of love and brotherhood and loving thy neighbour as thyself, you must vote for candidates who will genuinely serve society. It does not matter which party they belong too, nor which religion they follow, because all religions preach love and harmony. All religions teach you to share your money and your wealth with the poor, and ask you to serve your fellow human beings.

This Christmas, you must decide for Goans’ sake to reject communal parties like the BJP, corrupt parties like the Congress, and intolerant parties like the Maharashtrawadi Gomantak Party, which is linked to the Sanatan Sanstha implicated in the murder of three rationalists. You must reject the Bharatiya Bhasha Suraksha Manch which wants to withdraw grants to English-medium schools and polarise Goa on communal lines.

You must only vote for parties and candidates who will uphold your right to freedom of speech, religion, to choose your medium of instruction and to eat whatever you want – whether it is chicken, beef, meat or vegetables.

THIS Christmas you must resolve to vote for candidates who are dedicated to healing the poor like Dr Marian Godinho, who selflessly worked for the Directorate of Health Services for over 25 years and particularly the people of Nuvem constituency. Candidates like him have entered politics because they want to genuinely serve people.

Dr Godinho used to work for the old Goa cancer hospital in Dona Paula and had set up a small clinic near the circle. Most of his patients are migrant labour and tribals from Aivao village.  Most often, I have seen him treating his patients free and even giving them medicines because they have no money.

This Christmas, you must vote for those who give you the skills to enable you to get a job, a job which you can demand as a right because you have been trained for it unlike politicians in power who demand huge bribes to give you a government jobs and make you corrupt as you have no choice but to take money from the public to pay back the loan you have taken to bribe the politician.

The real Santa Clauses are people like Anand Rao Nagvekar of ANN Institute, who gave up his high paying job in the Gulf because his mother asked him to use his education for the benefit of Goa and Goans. He has trained more than 10,000 young men and women in various aspects of hotel management over the last 10 years, 80 per cent of whom are now working abroad. He is a Santa Claus who is contesting the Aldona seat. Nagvekar who is now planning to start an airport management course so that Goans can gets jobs at Mopa Airport.

THIS Christmas you must decide what kind of Santa Claus should represent you in the new Legislative Assembly because you will be deciding the future of Goa. You have tried out the Congress which has looted and plundered you. You have tried out the BJP which has betrayed you like Judas, who sold Christ for 30 pieces of silver. There is yet another party which is Delhi-based and seeking your votes. They no doubt have some good candidates like Elvis Gomes, Dr Marian Godinho and former Prudent anchor Pradeep Padgaonkar. But the Aam Aadmi Party is still a party with a high command in Delhi.

This Christmas let us make a distinction between Santa Claus and Santa Claws.  Let us resolve to fight for the values that Jesus Christ and all the saints and messiahs stood for. All the great messiahs – whether it was Jesus or Ram or Mohammad – stood for peace and harmony, love and forgiveness.

ALL not just sympathised but identified themselves with the weak and the humble, celebrated the spirit of scarifies, and were against looters and plunderers like those who have been stealing pink notes from the banks and depriving the ordinary people of their own hard earned money.

This Christmas let us ring in justice, mercy, love and charity irrespective of which community we belong to because we all belong to the community of human beings who have to live together and learn to share and to love. This was the message of Jesus, Mohammad and Ram.