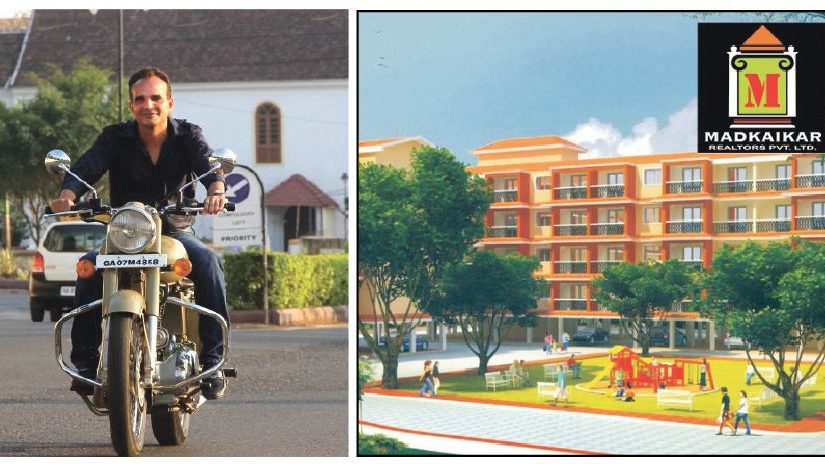 MONEY POWER: ADR says the chances of winning are over 80 per cent if you have `6 crores or more and drop to three per cent if you have under `2 crores. But you must know how to use it. Many candidates with higher assets have lost to ‘poorer’ rivals. (Left: Babush Monserrate on his Harley; Right: Pandurang Madkaikar’s real estate holdings)

While voting on February 4, we should concentrate on getting rid of the accumulated political garbage in Goa instead of supporting the export from one party to another

Though the Association for Democratic Reform (ADR) claims that in Assembly elections, the chances of winning are directly proportionate to the candidates’ assets, this does not necessarily hold good, at least in Goa.

BUT Goa has always been ajeeb, as India’s first prime minister Jawaharlal Nehru had described it when it rejected all the Congress candidates in the first Assembly elections in 1963, despite the Congress being responsible for liberating Goa. It obviously requires more than just money power to win elections in Goa. One wonders whether besides money, muscle power, caste and communal factors also play a major role in the victory of candidates contesting Assembly elections in Goa.

This is not an isolated example and in the battle of the rich and super rich, it was ironically the candidates with lower assets who defeated those with higher assets. In Vasco da Gama, Carlos Almeida, who is contesting once more on a BJP ticket, won, though he had only assets worth `2 crores compared to his rival Karl Vaz who had declared assets of `32 crores.

Not all the candidates of the Aam Aadmi Party (AAP) are aam aadmis. Vasco’s AAP candidate this time is the very khaas aadmi, Karl Vaz, with assets of over `40 crores.

In Cuncolim, Joaquim Alemao, who has been implicated in the illegal mining case, lost to BJP’s Subhash Naik despite having `30 crore more assets then his rival. As against Alemao’s assets of `31 crores, his rival declared assets of less than a crore. Both are again contesting the elections this year. While Naik has retained the BJP ticket, the Congress ticket has gone to Felipe Neri Rodrigues while crorepati Alemao is contesting as an independent, having been denied the Congress ticket.

EVEN good people who have high assets cannot compete with alleged crooks as seen in Cumbarjua in the last election. Nirmala Sawant, who is considered a very honest politician with assets of over `36 crores, lost to Pandurang Madkaikar who had contested on the Congress ticket last time.

Madkaikar had declared assets in 2012 of only `12 crores, which is one third of Nirmala’s. But he knew how to play dirty which she refused to descend to. The BJP and Manohar Parrikar, in recognition of Madkaikar’s talent for winning elections have lured him into leaving the Congress party and contesting on the BJP ticket in the 2017 election.

IN THE battle of two alleged crooks in Saligao, the crook with just `1 crore worth of assets, Dilip Parulekar, got the better of Suresh Parulekar who had assets of `24 crores. Dilip Parulekar, who is contesting once more from Saligao on the BJP ticket, will no doubt declare much higher assets this time as he has been milking the tourism industry.

But he will have an equally enterprising rival in Agnelo Fernandes, the former controversial Sunburn MLA of Calangute, who lost to Michael Lobo in 2012. This time, the Congress has given him a ticket for Saligao though it had earlier agreed to leave the Saligao seat to Goa Forward.

IN PORVORIM, Rohan Khaunte won the 2012 election though his assets of about `6 crores were less than 25 per cent of the assets of independent candidate Fermina Khaunte, a rival with assets of more than `27 crores. Porvorim’s educated voters clearly preferred the energy of the youth against money power.

Even among candidates involved with mining, the sharp-witted Nilesh Cabral with just `13 crores worth of assets defeated his Congress rival Shyam Satardekar who had declared assets worth more than `30 crores. Cabral has been among the stars of the BJP team as chairman of the Goa Tourism Development Corporation and will take voters on a duckboat ride on the BJP ticket once again.

EVEN in Fatorda where Vijai Sardesai is considered a big money bag, he faced stiff competition from Jawahar Dias who had more assets then him. As against the `25 crores Sardesai declared, his independent rival who lost, had declared assets of almost `40 crores.

This time around, Sardesai has again been let down by Goa Pradesh Congress Committee (GPCC) president Luizinho Faleiro who defied the Congress high command to field a candidate against Sardesai. Last time, Sardesai was denied a Congress ticket even though the then chief minister Digambar Kamat had lobbied for him.

The high-profile Navelim seat saw independent candidate Avertano Furtado proving to be a giant killer in that he defeated Churchil Alemao. This time around Furtado – who had declared assets of just about a crore against Alemao’s assets of over `11 crores – will have to take on Faleiro’s challenge and the latter is probably among the richest and most ruthless among politicians in the state.

Faleiro is contesting on the Congress ticket while Furtado has again been supported by the BJP. Alemao has moved to Benaulim, his traditional seat, from where his daughter had contested unsuccessfully last time.

The biggest surprise of all was the victory of Ganesh Gaonkar of Sanvordem against Arjun Anil Salgaonkar, the son of late mining emperor Anil Salgaonkar. Though Arjun had declared assets almost three time that of Ganesh and had access to hundreds of crores from his father, he lost to the BJP’s Ganesh Gaonkar.

All of this proves that Goans are quite smart, and money power alone will not induce them to vote for a particular candidate. Happiness may not bring money. Unfortunately, money is also not guaranteed to either bring happiness or a victory in the assembly elections in Goa.