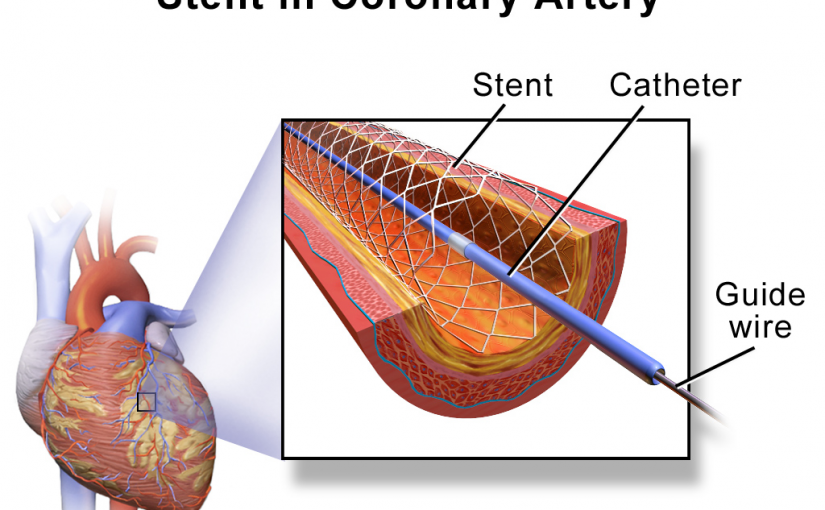 BLOOD FLOW: Arteries and veins carrying blood to various parts of the body become narrow with deposits of fat due to unhealthy lifestyles. Stents are used to widen the blood vessesls to permit the free flow of blood again

To stop the loot and plunder of heart patients requiring angioplasty, the union government fixed prices of stents between `8000 for plain metal to `30,000 for more sophisticated varieties such as drug exuding stents. But hospitals are not willing to co-operate and stents have disappeared.

Dr Raj Vaidya, Goa’s only community pharmacist, analyses the pros and cons of the price control on stents

FOR us, health is wealth, whereas for corporates wealth is health. No doubt it is a competitive world, but often the competition is to get and/or retain good staff, which is expensive. Often logistic costs are high, but profits must rise each year.

Big hospitals in India have similar situations. Getting renowned doctors with various specialisations on the rolls means shelling out money. But in return come patients and income. Running big hospitals, maintaining staff for round-the-clock services, maintenance of costly equipment, maintaining hygiene and quality, all incur huge costs. So it is natural that all means are used to recover the costs and profits from patients.

MOST services in hospitals do not necessarily have a printed price for rooms, services, doctors’ fees, etc. So prices are decided by the hospital. The only things priced are medicines and devices.

Over the years, it has been a practice of manufacturers to print high, even exorbitant prices on the labels of devices, when in reality the price at which the hospital buys it has been rock bottom.

Most devices do not reach the patients or their relatives, and even if they do, the printed price is evident. Charging extra is illegal, but charging the printed price – even though it means incurring a profit of 1000 per cent or more – is perfectly legal.

Some unscrupulous hospitals scrap labelled prices and charge more than the printed price. There are also reports that some hospitals reuse disposable materials like guiding wires used in performing angiographies – which are meant for one-time use –but charge each patient for new material. Some reports say that unscrupulous doctors/hospitals reuse orthopaedic implants and charge the price of a new one.

PATIENTS have faced the brunt of this at private or government hospitals. In the latter, they have had to buy medical supplies from private chemists because the government hospitals often do not have stocks in their pharmacy. Prices of almost all medical equipment – IV infusion sets, catheters, gloves, syringes, etc – are much lower than the printed price patients pay. These cost much less compared to orthopaedic implants and stents used in angioplasty which run into many thousands and lakhs.

Suppliers and hospitals have been doing it for decades. Patients have silently borne the brunt, some got agitated, others pushed the issue. The media reported the “loot” on several occasions. Ultimately the government stepped in and put stents on the essential medicines list which allows them to control prices.

The National Pharmaceutical Pricing Authority of India (NPPA) is in the habit of slashing prices of drugs in a way that causes companies to lose interest in marketing them. They try to circumvent the pricing by changing the formula and marketing a new combination of the product, keeping it under price control on a low profile.

Stent manufacturers feel that prices also have been slashed too much, not giving enough scope to make sufficient profits. Of course, all the players in the chain have minted money all these years. There is also fear that foreign manufacturers may not show too keen an interest in bringing new developments into the Indian market if the profits are so low.

A FEW days ago, news suggested that prices of stents have been cut by a huge percentage. The NPPA has fixed the maximum retail price for metal stents at around `7,600, and DES (drug eluting stents) and bio-resorbable stents at around `31,000 each. Earlier prices went up to even `2 lakhs per stent! Now the question is to what extent this will benefit the patient.

Only time can tell how hospitals may try to circumvent this price slash, drastically cutting on their profits. Recent news already has examples of hospitals raising procedure costs to compensate. Some hospitals are waiting, as the price control authority is trying to keep a hawk’s eye on price changes in the procedures.

Presently, however, there is no control on costs of procedures, doctors’ fees, costs of hospital rooms, etc. The hospitals will try their best to make up the costs.