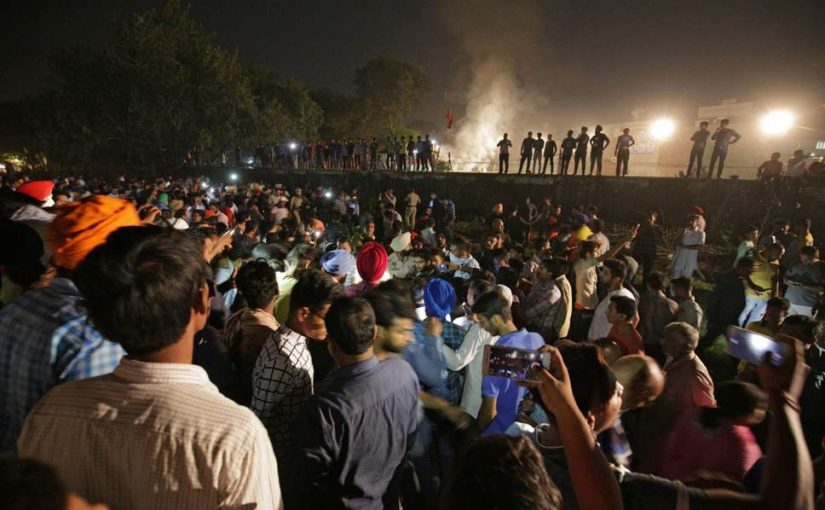 COLLATERAL DAMAGE: It was not only the effigy which went up in flames in the Dussehra celebration in Amritsar — about 60 people gathered on the tracks were killed when a train ran over them

For Hindus Dussehra marks the return of Shri Ram from his victory over Ravana and the rescue of Sita. For the BJP, Dussehra seems to mark a fresh vehement demand for an immediate start on the construction on the Ram temple at Ayodhya