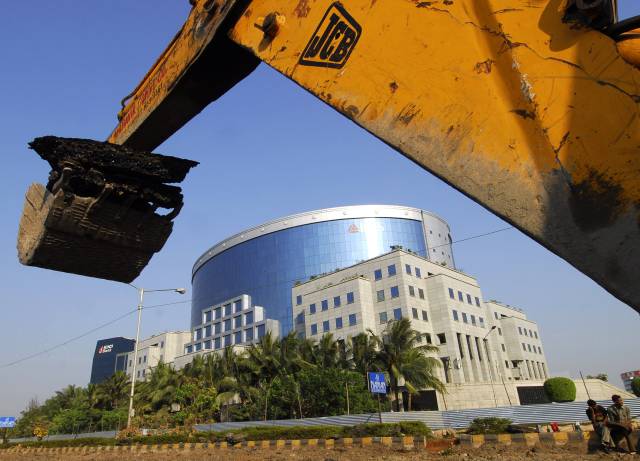 DEFAULTED: Part of the crises face by IL&FS is due to the fact that the Union Transport Ministry headed by Nitin Gadkari has not paid them dues of over `20,000 crore for building the national highways

The biggest defaulter among companies is not Vijay Malliya or Nirav Modi but IL&FS, a predominantly government owned company which owes banks almost `2000 crore. Yet this mammoth defaulter oddly is also accused of getting away with contracts or entering into one-sided agreements with state governments that allowed it to reap rewards and channel funds without bearing too much risk. One such venture, now under the spotlight, is the GIFT project in Gujarat

As the world marked the 10th anniversary of the collapse of Lehman Brothers which triggered the global financial crisis in September 2008, India’s leading infrastructure finance company IL&FS defaulted on payments to lenders triggering panic in the markets.
IL&FS has institutional shareholders including SBI, LIC, ORIX Corporation of Japan and Abu Dhabi Investment Authority (ADIA). As on March 31, 2018, LIC and ORIX Corporation are the largest shareholders in IL&FS with their stakeholding at 25.34% and 23.54%, respectively. Other prominent shareholders include ADIA (12.56%), HDFC (9.02%), CBI (7.67%) and SBI (6.42%).
IL&FS Financial Services, a group company, defaulted in payment obligations of bank loans (including interest), term and short-term deposits and failed to meet the commercial paper redemption obligations due on September 14. On September 15, the company reported that it had received notices for delays and defaults in servicing some of the inter corporate deposits accepted by it.
Consequent to defaults, rating agency ICRA downgraded the ratings of its short-term and long-term borrowing programmes. The defaults also jeopardised hundreds of investors, banks and mutual funds associated with IL&FS. The defaults sparked panic among equity investors even as several non-banking financial companies faced turmoil amid a default scare.

As infrastructure became the central theme in the past two decades, IL&FS used its first mover advantage to lap up projects. In the process, it has built up a debt-to-equity ratio of 18.7.
The group with at least 24 direct subsidiaries, 135 indirect subsidiaries, six joint ventures and four associate companies is sitting on a debt of about `91,000 crore. Of this, nearly `60,000 crore of debt is at project level, including road, power and water projects. A major reason behind troubles of IL&FS is complications in land acquisition. The 2013 land acquisition law made many of its projects unviable. Cost escalation also led to many incomplete projects. Lack of timely action exacerbated the problems.

One of the more interesting contradictions that have come out of the IL&FS controversy is that on one hand the massive shadow bank is struggling to get out from under its debt; on the other, it is accused of getting away with gold-plated contracts or entering into one-sided agreements with state governments that allowed it to reap rewards without bearing too much risk.
One particular joint venture that has come under a spotlight and is of political significance is GIFT City, Prime Minister Narendra Modi’s pet project to set up an international finance centre in Gujarat.
In 2015, GIFT City faced a damning public interest litigation (PIL) filed by D.C. Anjaria, its first independent director and former head of the board’s audit committee. GIFT City is a 50:50 joint venture between Gujarat Urban Development, a state government undertaking, and IL&FS.
Anjaria has alleged irregularities in many aspects of the project and also claimed that much of it was in favour of the private sector partner, IL&FS. This includes effective control of the land, gold-plated management contracts and expensive vendors appointed who didn’t do their jobs.
His allegations have been refuted by the current management of GIFT City as being “false, malicious, factually incorrect and

deliberately misleading.”
After three years of near-stagnation on the legal front, Anjaria recently filed two civil applications with the Gujarat high court, informing them of the current situation at IL&FS and the Modi government’s takeover of the company. The matter is set to be heard on November 28, 2018.

Courtesy: The Economic Times & the Wire