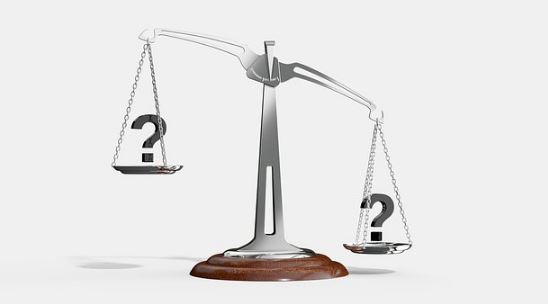 CHOOSE WISELY: The government has moved into high gear with an aggressive presence on social media and multiple websites proclaiming its achievements. With elections coming up its important to consider the other side of the picture — the dark side that its PR team will ignore. Look around you at ground realities and accordingly decide if your life has improved

With elections coming up next year it is imperative that we look back at the performance of the government holistically. If we get swayed by last minute vote-winning sops we are in danger of being blinded to what has become a series of unfortunate events

The NDA government has completed four and a half years in office and it is thus pertinent to assess its failures especially, in the light of the repeated high-profile self-praise that the government has lavished upon itself.
DEMONETISATION
The demonetisation exercise on November 8, 2016 was a cruel joke on the common people of India. As per his research work, Trinamool Congress MP Derek O’Brien gathered documented proof that at least 105 people all over India died due to this draconian exercise, which should not have been conducted with such stealth and sleight of hand.
More than two years have passed since demonetisation and the entire checks and balances of the exercise have not been made public. How much of black money has been unearthed? What is the quantum of black money earthed and how it has been spent? Prime Minister Narendra Modi in a recent disclosure indicated that a lot of black money has been confiscated and while electioneering is on for the elections to assemblies of five states namely Chhattisgarh, Madhya Pradesh, Rajasthan, Telangana and Mizoram it is unfortunate that he said that a lot of money belonging to the rival party has been confiscated as black money.
Was this exercise thus mainly meant to be a political witch hunt against the rival political party? The prime minister goes on to state that the black money that has been unravelled has been used for developmental purposes. Where is the accountability and responsibility of such monies confiscated documented? The government cannot under any circumstances keep quiet about the quantum of money confiscated as well as the transparent checks and balances of how the money is being used.
The government’s political rivals contend that this demonetisation exercise was conducted in order to benefit the cronies and cohorts of the party in power. This is on the part of the rival party a justified assumption. No government in the world would have not revealed to the people of their country the details of the demonetisation exercise if it were conducted in their country.

GST CONFUSION
The Goods and Services Tax implementation by the government in which levies of 5, 12, 18 and 28 percent came into existence was another issue on which the ruling dispensation should be held accountable. In particular the medium, small and micro enterprises were badly impacted by the imposition of taxes which made making business for them a very tough task with the fact that many of them have already closed or are facing closure due to this draconian tax regime. In particular the small enterprises have been badly impacted and thus this regime of tax collection became very unpopular amongst the common people of India. Even despite a few of them having been given lower rates, still the GST became one of the most damaging tax regimes that especially impacted the small traders very adversely. In fact imposition of GST was like a coercive regime being imposed upon the small businesses and traders.
AADHAAR ISSUE
Next was the Aadhaar subjugation. The Unique Identification Authority of India had conceived Aadhaar as being not mandatory but only optional. Even the Supreme Court of India had not ruled on its being mandatory and optional, but the government went ahead and imposed as mandatory the Aadhaar Card for bank accounts, mobile numbers and even investment in mutual funds. The government per se coerced the people of India into linking their Aadhaar cards which was an infringement of the right of privacy as guaranteed by the Constitution as sensitive biometrics such as iris scan and finger prints were incorporated in the Aadhaar card. Subsequently, the final ruling of the Supreme Court is that the Aadhaar card should not be made mandatory for bank accounts, mobile connections as well as mutual funds, but till date the Supreme court verdict has not been implemented and de-linking has not taken place. So this government is a one that is not following the rule of law and is thus imposing its policies upon the people, and thus per se behaving unilaterally, which is not acceptable to the people of India.
PUBLIC SERVICE BANKS
Next let us consider the performance of the Public Sector Banks which have been to say the least abysmal. Of the twenty one public sector banks only three banks have shown profitability recently and the remaining 18 are lost in NPAs, which in many cases have reached double figures in percentage, thus meaning that a lot of public money has gone out of the public sector banks due to mismanagement of the government. Inversely, the private sector banks have performed creditably with very high percentages of efficiency and profitability. This clearly indicates that the government have been found to be mismanaging the financial affairs of the state run banks.
PUBLIC SERVICE UNITS
Then, to the performance of the Public Sector Units. Compared to the performance of the public sector units in the UPA regime, almost all the said companies have registered sharp falls in profitability and the earnings per share of these companies have shown tremendous decline. In contrast, the private firms in India and especially the multi-national corporations (MNCs) have maintained high levels of performance in the industrial sector. This again goes on to prove that the government have not been able to maintain the profitability and efficiency that prevailed during the UPA regime.
RISING PRICES
We shall now dwell upon the topic of the prices of petroleum products. The prices of petrol, diesel, aviation turbine fuel and LPG were well in control during the UPA regime despite the relatively much higher prices of crude oil which were in the region of 90 to 140 US dollars a barrel in the UPA regime, but during the beginning of the NDA regime prices fell considerably to about 40-70 US dollars a barrel. However we have noticed that prices of petrol in this regime is at about `80 per litre, while during the UPA regime, despite higher crude prices, petrol was being sold at the most at `70 per litre. So this clearly goes on to show the higher burden that the people of India have to face for their fuel needs.
Also, a little closer to home, it is to be highlighted that the price of a cylinder of LPG has now reached almost `1,000, which was not the case during the UPA regime. Why these discrepancies?
It may also be recalled that the prices of cereals like rice, corn and wheat as well as moong, bajra and protein rich pulses doubled immediately after the NDA government came to power in India thus making life very difficult for the common man in India.
DOUBLE STANDARDS
A glaring infringement of the sabka sath, sabka vikas, is the case of the waiver of farm loans given to the Uttar Pradesh farmers to the tune of `88,000 crore, while the Karnataka government was not given such a waiver only because it is not a BJP-ruled state. Why this double standard?
BRAIN DRAIN
Most of the best educated people in India prefer to migrate to the United States and United Kingdom as well as to Australia, Canada and New Zealand and even to the Middle East countries, which are Muslim, despite India claiming to be a prosperous country. They seek greener pastures, not in India but abroad and what is more conspicuous is that once they have settled there they do not want to return back to India.
As elections in the five poll bound states continue, the people of India have to ask the government to show cause as to why they should not be toppled from power after having failed the people on so many counts.