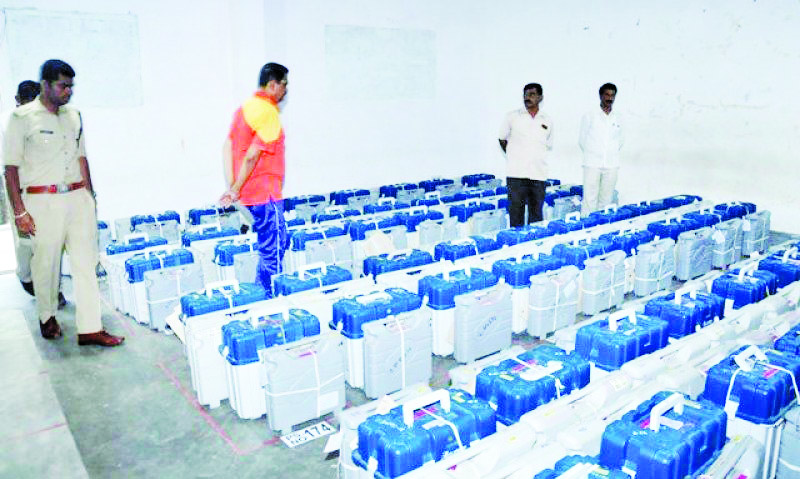 SUSPICIOUS: Congress party workers kept watch outside the strong room and were alarmed when the LED screens went blank for 90 minutes due to power shortage. (Representational pic of EVMs in Madhya Pradesh)

In Madhya Pradesh there is so little trust in the independence of the election machinery that even after EVMs have been brought to designation strong rooms, party workers take turns to ensure that nobody interferes or steals them