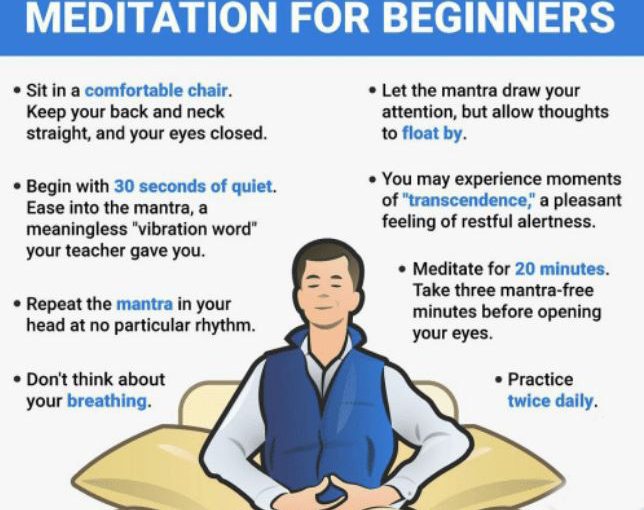 In his continuing series of articles, ALEX HANKEY recounts how he continued to meet scholars who had turned to Transcendental Meditation and started teaching it, much to the disappointment of his father…

The previous article related how, in 1973, my then wife Debbie and I attended a training course to become teachers of the Transcendental Meditation technique, in the winter of the academic year that we spent in the San Francisco Bay Area while I was working at the Stanford Linear Accelerator Centre. At the time, Maharishi Mahesh Yogi was setting up a University, with the support of many of the famous people who had learned his technique and wanted to support him in his endeavour. The site of the new university was Santa Barbara, and they were begging for those with academic qualifications to apply for the positions that were needed for the university to get started.

After returning to California at the end of our Teacher Training Course to become Teachers of Transcendental Meditation, Debbie and I were visited by my first cousin, Christina Benn, on my father’s side. Christina had spent time in Cambridge, and we overlapped by a year. It was wonderful to have her visit and we visited some famous places in California, including Death Valley and Owens Valley. We decided to come back through Santa Barbara so that we could see the site of the new university for ourselves.
It was amazing, close to the coast and with the range of coastal mountains just behind. After talking to the faculty who were present, we decided to join; Debbie as Assistant Librarian, and myself as Assistant Professor of Physics. Thus came the start of 30 years in which I worked continuously for Maharishi Mahesh Yogi’s Transcendental Meditation Organisation in one capacity or another.
That first year of Maharishi International University at Santa Barbara was one of the greatest adventures of my life: a new university finding its feet, directed by a man who turned out to be the most exciting visionary in 20th century education.
Maharishi was a genius for relating deep spiritual understanding to the simplest and most mundane projects and problems, and doing it in intuitively appealing and simply ways. Because of the quality of his lectures on meditation and its use to develop consciousness, he was joined by very highly qualified young people, with masters and doctoral degrees from the best universities in the country.
Two of us had Phds from M.I.T., the President, Dr Robert Keith Wallace had been at University of California Campuses in Berkeley and Los Angeles, and had completed his post-doctoral research at Harvard. My senior, Professor Lawrence (‘Larry’) Domash, who was a great favourite of Maharishi’s, had worked at Princeton, while the Art Professor and his equally qualified wife had completed their PhDs at Yale. Professor of Psychology, David Orme-Johnson, who later became the Director of Research on Transcendental Meditation, globally, gained his PhD from the University of Texas; while the man who was to have the greatest influence on me, and has subsequently been most supportive in my recent development of my new theory of the mind-body connection, Professor of Philosophy, Jonathan Shear, had achieved his PhD at the US’s most rigorous and demanding Department of Philosophy at Berkeley, then the most prestigious campus of the University of California, a status that it still maintains. My qualifications of having studied at the University of Cambridge, M.I.T. and Stanford did not seem out of the ordinary — I was privileged to be in very exalted academic company.
The only one of the new faculty who had held a real academic position was the Professor of Mathematics, Michael Weinless, who had been an Assistant Professor at Harvard — you can’t do much better than that. Later on, in the second year, from 1974 to 1975, we were joined by a man who held two Full Professorships at M.I.T., one in Chemistry and one in Planetary Sciences, the latter being the subject of the introductory, one-week, 10 lesson course that he made for the university’s first year program.
Since I was the only person with backgrounds in both astrophysics and chemistry, I joined him when he videotaped his lectures, and was responsible to him for making the Course Notes. Needless to say, the course proved too challenging for those seeking what they thought was essentially a mild liberal arts degree with lots of meditation thrown in, but for myself, it only added to what was an enthralling and challenging experience.
Maharishi wanted to make all the academic courses available on videotapes, so that they could be taught by adjunct faculty, while the senior faculty spent time with Maharishi, who had now established his World Headquarters in Switzerland.

I was therefore requested to teach the first undergraduate course taught to undergraduates at the university in September 1973. Trying to answer all the students’ questions fully made me popular.
What I really enjoyed were our leisure activities. Early in morning I would go a hit balls with one or two members of the UC Santa Barbara’s 2nd Tennis Team who lived close by. At least once a week, we would go for walks along the top of the coastal range, which we soon got to be familiar with, and with trips that we could make over the other side, where there was a swimming creek, with lovely fresh, clean water (the sea in the Santa Barbara Channel being unpleasant due to tiny oil slicks from badly maintained off-shore oil wells).
I was designing the Second Year Course in Physics, one month’s introduction to basic classical and quantum physics, which I taught it the autumn of 1974 some 16 months after I had first joined the university. But at the behest of Jonathan Shear, I also created a lecture on Philosophy of Science. He told me that he knew it too well, and could not possibly condense what he knew into a sixty minute video lecture. He recommended I read two well-known books on the subject, Conjectures and Refutations, by Sir Karl Popper at the London School of Economics, and The Structure of Scientific Revolutions, by Thomas Kuhn at UC Berkeley, where Jon had completed his PhD.
Thus it was that I became fairly knowledgeable about such matters – something that has proved very helpful when formulating discussions of my own revolutionary new discoveries in recent years. My first year at Maharishi International University was thus one of the most stimulating and intellectually broadening experiences that I could have had.

My father did not see it that way, however. He paid Debbie and I a visit in California, basically to ask why I was throwing away a promising career in theoretical physics, to which I had seemed attached ever since my first encounter with nuclear physics in Stockholm some 12 or so years previously, as related in the first article.
I met him in San Francisco and showed him the linear accelerator. I drove him down my favourite route along the xxx coast, stopping to show him the many historical Franciscan Missions along the way, finally reaching Santa Barbara, and introducing him to its Founder-President, the still young, Keith Wallace, whose paradigm-breaking research had made all this possible.
He was not impressed. How could he have been? How could experiences as a British Ambassador, Spy-Master (as it were) and valued member of the House of Lords in Parliament prepare him for his son’s falling in love with the ancient traditions of India and becoming an aspiring Yogi, rather than a hard-nosed physicist. It made no sense to him. How could it have done?
To my long-lasting regret, feeling that I had no hope of holding my own in any serious discussion, I made no attempt to explain it all to him.
Four things had motivated my actions: first, my understanding that Maharishi never used ends to justify the means he adopted; second, that he offered higher goals for human activities than the mundane ones of materialism; third, he wanted “to enlighten all mankind”; and fourth, that his overall aim was to create a state of Permanent World Peace?
After all, when I had asked him, aged ten, whether he thought we could possibly survive the Cold War, my father had said, “No, on the balance he thought not.” If the Vedic tradition of ancient India held out serious hope for the future of mankind, what could be more worthy that giving it my all?