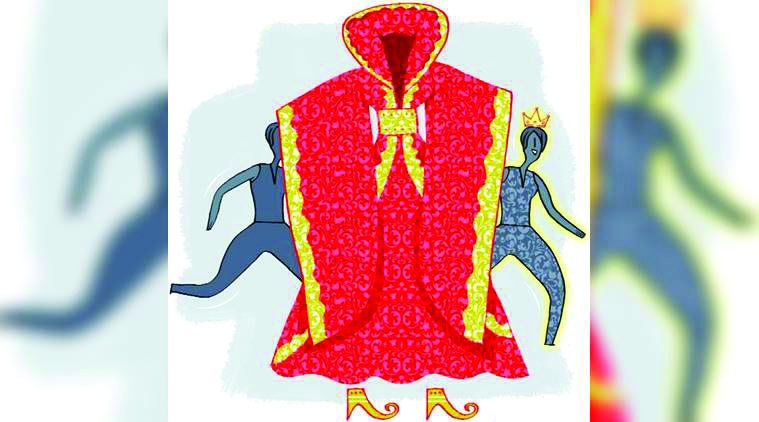 I can’t believe it’s already been a year since I failed to become a better person. But, as I always say — a new year is basically another chance for us to get it right. Actually Oprah Winfrey said it, but since it’s exactly the sort of profound thing I would say, I feel it’s absolutely okay to pretend I did. Also, on a more ethical note, she is hardly reading this; therefore I’m extremely unlikely to be sued for it — so that’s all good then.
In the spirit of getting things right in 2019, and in fervent pursuit of becoming a better person — I have decided that I need new clothes. There are those of you who may be thinking — surely that’s shallow and meaningless. How can anyone become a better person without new shoes? You would be right, but hold on — there are shoes in the mix too.
The thing is that a new year is about renewal. After careful consideration, I have decided that the thing I’d like to renew most is myself. Without recourse to a serious surgical intervention — i.e. a complete personality transplant — my best bet of doing that is some cute new clothes and shoes.
William Shakespeare famously said, “Wear what you want to be today”. (Okay, maybe he didn’t say it exactly, if we stick to the strictest definition of exactly; but someone else did. Someone like him — a prolific fridge-magnet quote and meme writer.) In any case, ladies and gents, we can all recognise the truth — hardcore, hard-hitting truth. And me — I’m acting on his advice. In 2019, I want to be many things, so I’m dressing accordingly. First of all, I want to be clothed, at least for some of the time. But, more importantly, I want to be wise, witty, kind, elegant and very rich. There is nothing I possess in my wardrobe today that can allow me to be any of that next year. Anyone who knows where I can get shoes and clothes to help me get there is encouraged to send me cash in an envelope and suggestions on where to go shopping.
But this push for a new wardrobe for the new year and a new me isn’t just the result of a literary whimsy — it is also based on sound scientific research. While I am generally a great believer in the old Latin saying — “beware of nerdy scientists conducting research on cute clothes” — I am willing to make an exception in this case. Because as we all know, our clothes speak of who we are. In the case of my Vijay Mamu, they literally take a loudspeaker and announce that he is a colour-blind old bat who ate something with drippy ketchup sometime recently.
But apart from what clothes tell others about you, they also whisper and nudge stuff about you to you. So if you wear a doctor’s coat, you will perform way better in a math test than if you take the same test wearing your own clothes without the doctor’s coat. (Yes, it’s true. That was the exact research the nerdy scientists dreamt up). That is huge and at least part of the reason why I want new clothes in the New Year. If clothes play such a major role in shaping one’s confidence, then obviously the ones I currently possess are shameless underperformers. While it is true that my clothes have never sniggered at me or generally undermined my confidence blatantly, they are definitely not the cheerleaders I need to lead me boldly into the next year. It’s now clear to me that what has been holding me back from achieving my true potential is the fact that my clothes have been very reticent about telling me about my own abilities.
All this while, I have been blaming the fact that I can’t pull myself out of bed before 11 am for my singular lack of success — how wicked is this? I now get to blame my pyjamas instead. What sweet revenge then to replace them with ones that also double up as my life coaches. Because, really, that’s the promise and the power of clothes. They can transform us — as Superman and his inside-out-chaddis will testify. Anything less than that is going to be unacceptable to me in 2019.
When I was little, I had a white organdie dress with lilac embroidered roses smocked on it and when I wore it I thought I was the Queen of England. Then one day, another little girl from my class, who clearly hadn’t gotten the memo about my coronation, wore a dress to school that was made of sky blue machchar dani (mosquito net) with pearls sewn in. I knew then that my life up until then had been a lie and without a dress exactly like the other little girl’s, my life would cease to have meaning. In response to my reasonable request for an immediate replacement of my organdie dress with a confection like the one I had fallen in love with, my mother banned me from going into any room that contained both a mosquito net and a pair of scissors and I never ever regained my throne.
That’s all about to change. I’m not leaving my longings unattended for a single second longer. I demand a return of my crown and sceptre in the New Year. And I shall do it one dress and one renewal and transformation at a time.
Bring yourself on 2019. My sky-blue machchar-dani dress and I are so ready for you.