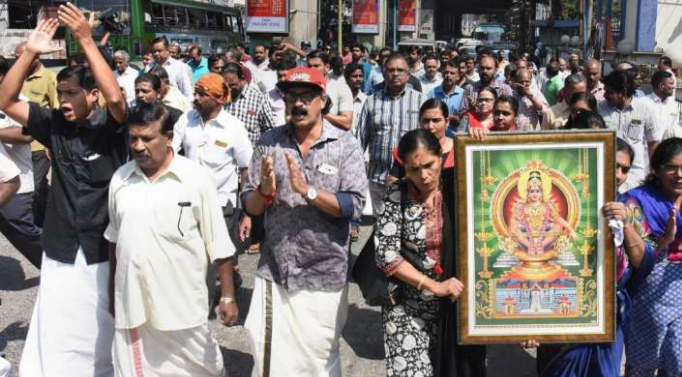 PROTESTS: Protestors have taken to the streets and social media too! In pic, a protest in Kochi on January 2 against the entry of women into the Sabarimala temple

Women have been demanding entry into the temple for decades. But in 2016, a controversial statement by the temple’s chief gave fresh impetus to the protest. Prayar Gopalakrishnan said that he would allow women to enter only after a machine was invented to detect if they were “pure” — meaning that they weren’t menstruating