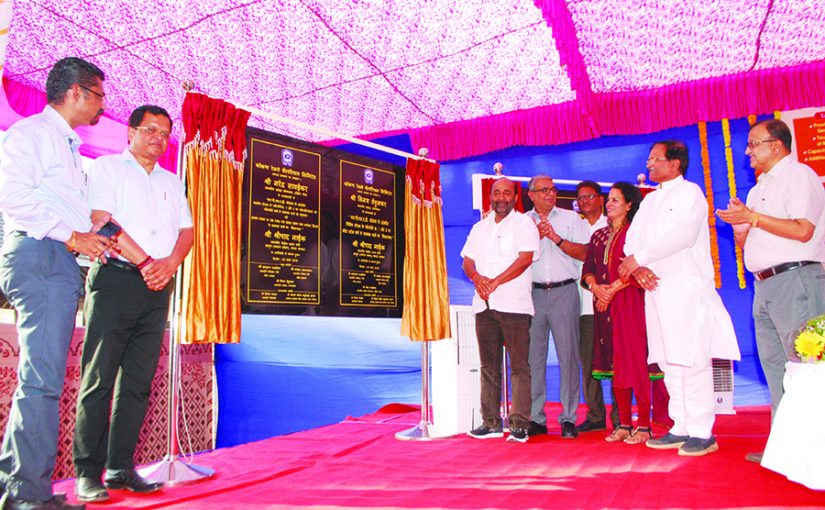 With that so shocking disclosure now made to the Supreme Court by the Narendra Modi government that the papers relating to the tarnished Rafale deal were stolen from the Defence Ministry, now only a custodial interrogation of Former Defence Minister Manohar Parrikar will reveal it all as to how those controversial files landed in the bedroom of his private residence at Dona Paula. Manohar Parrikar’s custodial interrogation has to be done swiftly as otherwise we may never know the truth of this extremely sordid episode.
Infact that those Rafale files were in Manohar Parrikar’s bedroom was recently discreetly leaked to a local journalist by none other than Chief Minister Manohar Parrikar’s very own wily Health Minister Vishwajit Rane.
But when that became public, it sealed Vishwajit Rane’s tall ambition to be the next Chief Minister. In fact Vishwajit Rane has been desperately hoping against hopes that Manohar Parrikar will fade away and that he will hopefully soon succeed him. But the BJP now is possibly looking for a right opportunity to axe the very ambitious and crafty political cowboy Vishwajit Rane.
— Aires Rodrigues, Ribandar

SPEEDBREAKERS NEEDED URGENTLY
We urgently need a fresh speed-breaker of the old-fashioned slightly bumper type where Divar ferry point is at Ribandar. About a year ago at Tarwada we had a speed breaker of the lightweight iron kind which made a lot of clatter every time traffic passed on it. The homes used to get disturbed and residents got the noisy speed breaker removed. But a lot of accidents take place here (every week one or two accidents) and there is a serious need for a speed breaker of the appropriate kind – one with a small bump just to slow traffic automatically. Can whoever in charge at the PWD do the needful as soon as possible? There are speed breakers and speed breakers and surely there must be application of intelligence when speed breakers are created in different kinds of localities!.
— Saumya Naik, Ribandar

WHY FISH ELSEWHERE?
Every election this problem emerges in Margao. The ‘stakeholders’ are: The Muslims, the ‘Politicians’ from the area who want votes and the local indigenous Goans from whom the Politician wants to acquire land for the Kabrastan. The last is a ‘forced’ stakeholder.
The Politician is the ring master who makes all dance. He calls the shots.
The facts: The Muslim population demanding the Kabrastan has increased exponentially and comprise primarily of migrants. They have huge populations in areas like Chandrawado, Ambajim and Arlem. In fact, there are three Mosques in this area. They own a lot of land, real estate business and illegal scrap yards too, all flourishing because of the local MLA support. Last year there was a death due to a cylinder blast in the scrap yard. The scrap yard should have been shut down as it is in a populated residential area but continues to flourish. This is the ideal place for the Kabrastan.
For them, election time is prime time to bargain with the Politician for land against votes.
The Politician wants to give the Kabrastan- in exchange for votes. He needs to acquire land for the same.
Land today lies in the hands of: