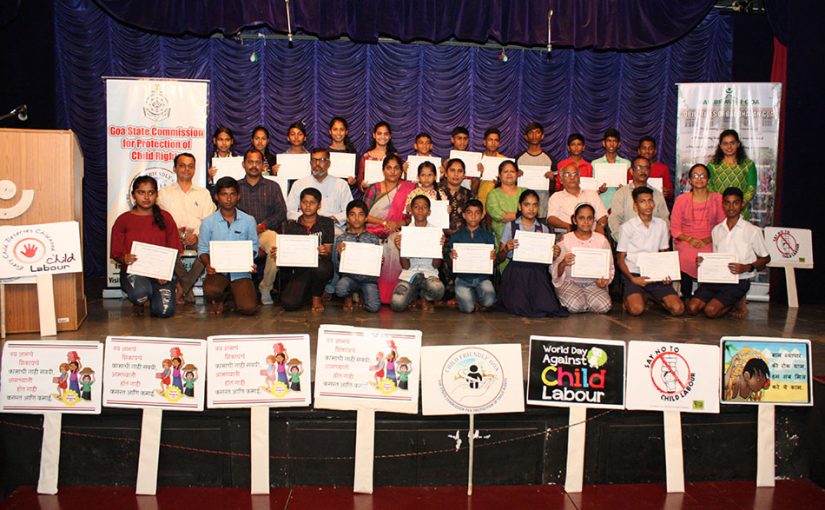 BARELY a few days are left for the National Swimming Championship at Rajkot. Nearly 40 swimmers who are training to excel and bring glory to the state are uncertain and depressed about their future. The State government is fiddling while questions about non-availability of swimming pools for training these athletes — supposed to undergo rigorous training programs with their coaches — are left unanswered.
Has anyone seen the deteriorating water quality at the Mapusa pool, which has turned olive green, and exposing our swimmers to health hazards like ear infections, skin rashes, eye irritation, all of which could lead to more serious health issues? The in-house pool staff have tried to address these health concerns but there’s been no improvement in water quality.
Our minister of sports and his department heads are blind! According to Aam Aadmi Party North Goa convenor Sunil Signapurkar, Sports Minister Babu Ajgaonkar and SAG director are responsible for the total mess in sports development. He demands that they vacate their chair with the suggestion that Mr Azgaonkar who is fond of jumping parties should jump into the Mapusa swimming pool so that he can personally experience what young swimmers are going through these days.
The government also discriminates against sportspersons by arbitrarily doling our crores of rupees to non-performing sports persons and depriving the deserving. Will Chief Minister Pramod Swant please investigate this matter? Many like Yash Phadte who are champions don’t get support to pursue a sports career. Aaserya Naik, a young boxer, also needs help. Retired sportspersons are left to fend for themselves. A peon who blew the whistle was shunted out while our sports minister is busy promoting restaurants of family members!
The BJP government has also put the State to shame by its inability to host the national games and utter lack of accountability on use of public funds.
— Pradeep Padgaonkar, General Secretary, AAP, Goa

INSTALL FLOOD WARNING SENSORS
LEVELS in the river Mandovi and other rivers seem to be increasing, probably due to magnetic fields that are inherent during this time of the year. So that people are warned about the increase in the levels of the rivers, I suggest that level sensors, as are used to determine the level of liquid in industrial containers, be fitted with alarm levels, so that sirens can be activated to warn people in coastal areas in advance just before levels in the rivers are about to rise by calibrating the level sensors.
These level sensors are commonly available and can warn shacks, coastal houses and other coastal structures to at least evacuate temporarily to prevent damage to property as well as life. This measure could go a long way in streamlining activity on the coastal areas.
— Elvidio Miranda, Panaji

WELCOME DEVIDAS PANGAM!
LET us all commend Chief Minister Pramod Sawant and his 11 other ministers for having for bestowing Goa with advocate Devidas Pangam as much needed new advocate general. Pangam, in terms of legal knowledge, is very well qualified, being outstandingly and extremely honest and always a down-to-earth gentleman to the core.
Pangam would need a tanker or more of concentrated Dettol to cleanse and attempt to sanitize the gory mess left behind in the advocate general’s office by Atmaram Nadkarni and his relative, the current AG Dattaprasad Lawande.
I pray the very upright Devidas Pangam in the discharge of his sacred duties as the next advocate general of Goa will never be swayed by political pressures or financial temptations. Devidas Pangam will do Goa and Goans proud!
— Aires Rodrigues, Ribandar

TAXIS – THE OTHER SIDE
Problem solving starts with a root clause analysis and then correction/solution finding. In the case of the taxi problem no such analysis has been done but conclusion drawn that ‘greed’ is the cause.
So, why do the Taxis ‘fleece’ their customers/oppose meters? One has to really do his job to determine this and not rely on armchair investigations as I am doing. Goa traditional taxi owners came from humble beginnings and were there from the start, when the trade was barely hand to mouth. They gave more by way of hospitality than what they got. Now, the business has grown and all ‘greedy fingers’ eye the same.
Profits from this trade are not as high as mining etc. In the case of mining: we had seen many people changing two-wheelers every 2-3 years and banks doling out huge loans for BMW’s etc. When mining closed, the Govt. had to tax others, like us, to help such people. Such people made a killing during the boom but made no provisions for lean times! Do you see taximen with such kind of affluence?
We know how shacks were increased so that someone made a killing from bribes. Then came the lot system, where unscrupulous people bid for the same and then sold them off! Are the taxis here ’beyond’ carrying capacity in the same way? Yes, and this is one problem.
Being simple minded, the taximen expect the law to be fair to all. What do they see? Other players are not controlled like they are. Airlines freely raise their fares during peak season. Ditto hotels and restaurants, who not only increase tariff faithfully every October, but at Christmas time, room tariffs have no limit. The argument given is that they do not force anyone and declare their fares. This is not actually so. Any walk-in during peak season — and any other time too — are charged at any rate. During this season many Goans come to Goa. They are not concerned with tourism, but are forced to pay high air fares! So, where is the justification of increasing fares? Taximen may ask why should they not be allowed to ‘declare in advance’ new tariffs during peak season? Must not the law be the same for all?
When Goa Miles made their proposal to the Govt. they should have said: