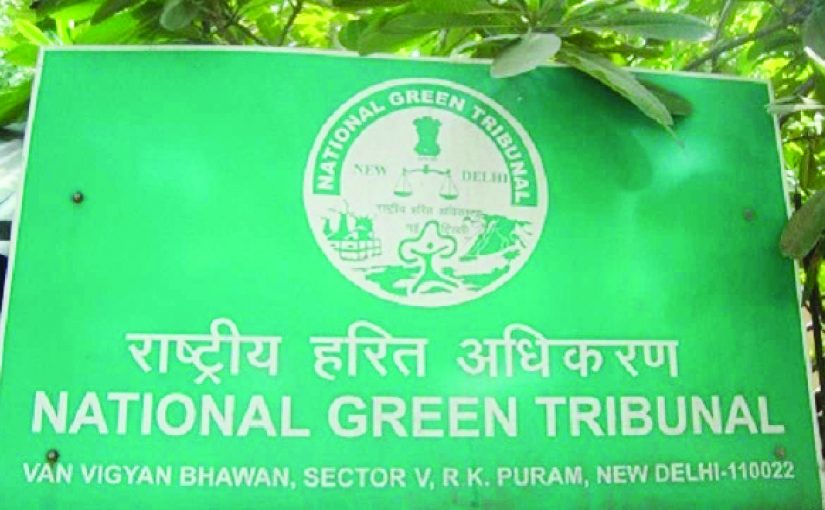 In what is likely to have implications on development in Coastal Regulation Zone (CRZ) II within limits of the Corporation of the City of Panaji (CCP), the National Green Tribunal (NGT), Delhi, has directed the state government to consider declaring the St Inez water body as a tidal creek in the fresh coastal plan being drawn up.
While long-time Ponjekars have always referred to the water body as the St Inez Creek, in recent years under the BJP government the creek found itself downgraded to a nullah or gutter
The order came about through a complaint filed by social activist Kashinath Shetye against a restaurant, Fishermen’s Wharf, on the creek’s bank at Campal, on various grounds.
Although the NGT dismissed the complaint, it passed the order about the St Inez Creek.
The commercial venture challenged by Shetye is located in prime area where land values have skyrocketed during the last few years.
Shetye had alleged that the owner of the restaurant, a 5-star hotel chain, had converted a residential house into a commercial venture and built an illegal kitchen on the setback in violation of heritage norms, as Campal is a conservation zone.
He pointed out to findings by a GCZMA expert member, Antonio Mascarenhas, regarding St Inez creek being a tidal creek which were discussed at the coastal authority’s 119th meeting on August 18, 2015.
Mascarenhas had stated that the Survey of India toposheet of 1964 clearly shows the tidal influx up to Tonca, about 2 km from the creek’s mouth.
Despite this report, the government failed to notify the creek as a tidal creek, the complainant stated.
While clarifying its stand on construction along the creek, the government relied on a 2016 site inspection report by a GCZMA expert member, which stated that construction in CRZ II areas is permissible as per town and country planning (TCP) authority norms and buildings laws.
The respondent on his part denied charges, stating that only an old house from the 1900s had been restored with CCP’s permission.
The CCP commissioner had also overruled the complaint, stating that Shetye had failed to produce any new evidence and attend any hearings.
Further, as per CZMP of 1996 for Goa, St Inez creek had not been identified, classified and marked as a creek, the order stated. While GCZMA stated that a new coastal plan is being drawn up, the views of Mascarenhas may be considered and a decision taken thereon.

In what can be termed a serious crime calling for deep introspection — a Goa-based swimming coach Surajit Ganguly has been sacked after a minor girl accused him of molesting her. The police have booked Ganguly on on Thursday for rape and molestation of a 15-year-old swimmer, a gold medallist at the national school games, after she accused him of sexual harassment for past six months.
Police said a case under IPC sections 376 (rape), 354 (molestation) and 506 (criminal intimidation), as well as under the Protection of Children from Sexual Offences Act was registered against Ganguly.
The purported video of the disturbing incident went viral on social media, prompting Sports Minister Kiren Rijiju to also step in and promise stringent action. In a series of tweets, Rijiju assured that strict action will be taken against Ganguly. “I’ve taken a strong view of the incident. The Goa Swimming Association has terminated the contract of coach Surajit Ganguly. I’m asking the Swimming Federation of India to ensure that this coach is not employed anywhere in India. This applies to all Federations & disciplines,” he tweeted.
The GSA confirmed that Ganguly’s contract has been terminated. “…we terminated Surajit’s contract immediately after watching the video. Both the girl and coach are from Bengal,” GSA Secretary Syed Abdul Majid quoted by PTI.
Ganguly was appointed by the GSA about two and a half years ago for its Mapusa facility. “We had appointed him because he had a good track record as a coach. There have been no prior complaints against him,” he added.
Police said Ganguly, who was coaching the state team at the Senior National Aquatic Championship in Bhopal was untraceable.
As recently as in the year 2017, the Goa Legislative Assembly had even moved a motion congratulating him along with other coaches for bringing “pride and glory to swimming and diving sports and to the state.”
The West Bengal Police confirmed that the girl has lodged a complaint and the case is now being handled by their counterparts in Goa.
“Based on the version given by the girl, we have lodged a formal complaint yesterday. But since the case falls under the Goa police jurisdiction, it has been transferred there. Goa police is probing it,” a police official said in Kolkata.
Many appreciated the girl’s quick-wittedness in capturing the assault on camera. From the video it appears clear that this was a regular occurrence.

MAPUSA RESIDENTS FEAR — ONE DOWN, MORE TO GO?

After a dilapidated building, which earlier housed the office of the civil registrar, collapsed late Sunday night, four more buildings have been declared unsafe in Mapusa.
The partial collapse of the over 100-year-old building near the State highway in Mapusa was not unexpected. The first warning had appeared on August 14, when the building partially gave way. Luckily the old building was used only by three shop owners, who were immediately asked to vacate the building.
Since the collapse, in which luckily no one was hurt, Commuters were inconvenienced as traffic was diverted to alternative routes to streamline movement.
Mapusa Municipal Council chairperson Ryan Braganza said that that the municipality building, old municipality building, old mamlatdar building, and the Deshprabhu building have been declared unsafe.
Notices have been sent to the four buildings to carry out repair work, and in case of non-compliance, they may be demolished, said Braganza.
“We will try and carry out the demolition before they collapse and create problems for commuters, since the buildings are located on the main road,” he said.