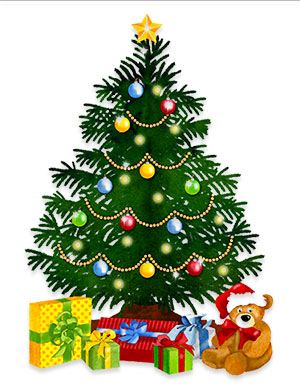 It was Christmas eve, a time of expectations, joy and good will. For Maria, this was her favourite festival. She used to prepare for it months ahead by keeping aside some amount to buy gifts for her family members as well as for her not so fortunate neighbors. On the previous evening she had helped her mother to prepare the traditional Christmas sweets. Humming a carol she got ready to go to office, a manufacturing unit at the electronic city of Verna. Of late, Maria was taking special care with her appearance and was very enthusiastic about her work. Along with her co-workers she decorated the office for the festival. It was then that her friends Sheila casually commented, “We’ll have to decorate this place once again.”
Myra – Why?
Sheila – Our boss, Mr Rajesh D’Costa is engaged to Dr. Sunita De’Mello.
Smita – Oh she is so rich and also beautiful.
Maria – Very good news indeed. Let’s wish them all the best. Muttering some excuse Maria went on casual leave. She felt a numbness overcoming her, she wanted to run away from the very people she enjoyed working with, from the work she liked so much. She wanted to be with her silent friend, the Nature. She walked to the neighbouring village. Then, bits of her broken dream came back to her mind. Maria had realized with reluctance that she was in love with Rajesh, her boss. He was handsome, intelligent, polite and very understanding. She remembered with gratitude how he had helped them out of a legal muddle when her father, a public transport driver, was involved in an accident. Later on, when he had died of cancer, he had raised her salary as she was the sole bread earner of the family with a chronic asthmatic mother and three, siblings still in the school.
Maria, an intelligent and hard working girl, had responded to his kindness by giving her best at her work. Soon she was promoted from clerk to private secretary and chief advisor. The unit was doing well, and the employees were happy too.
The news of engagement filled her neither with hatred nor bitterness, only emptiness. She wasn’t beautiful or rich, but does a young heart in love understand the barriers of wealth, caste and creed? Suddenly she heard the words of carol ‘Joy to the world’. Somebody was playing it on a cassette player. It brought her back to reality it was Christmas eve and almost 4 o’clock in the evening. She had so much to do gifts to buy, set up the crib, decorate the Christmas tree. No, she would not disappoint them. She took a bus to the city and quickly bought the gifts. At home, she was welcomed with joy. Her presence, her suggestions made such a difference to them. Her brother had made a huge star with bamboo sticks and dressed it with white paper. Maria suggested they set the crib in the star and illuminate it with tiny electric bulbs. It was hung in front of the house. Then they had a dry branch decked with green glass paper with silver and golden decorations and kept in the sitting room. Maria quietly pushed the gifts under it. Time passed quickly and it was time to get ready for the Midnight Mass. How Maria longed for the solitude of her bedroom! Her brothers had taken for granted that she would come to church as usual and were waiting for her. With reluctance Maria decided to join them. The night was cool and the sky was studded with stars. Every house displayed a star, sometimes with a string of lights. The church was brightly decorated and filled with people in their festive attires. A little before midnight, the mass started. To the solemn singing of “Gloria”, the words the Angels used to announce to the world the birth of son of God, the priest ceremoniously kept the statue of baby Jesus in the manger, a crib erected near the altar and offered Him incense. Outside there was joyful tolling of bells and firing of crackers. The world was celebrating one more time the fulfillment of God’s promise to save humankind.
Maria lifted her soul full of misery and suffering to Jesus who had come to this world to bring peace to people of good will.
Tears welled up in her eyes, and slowly rolled down her cheeks, she felt peace… a new strength… joy.