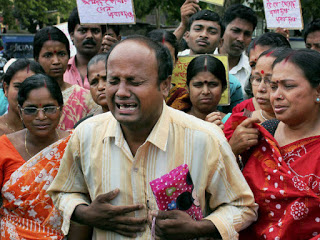 CHEATED: Victims of the Saradha Finance scam in West Bengal where thousands have been cheated of their hard earned savings.

There are several co-operative banks and credit societies which will not only pick your pocket but put you in debt. Before of companies which offer very high rates of return or instant loans on WhatsApp and online…