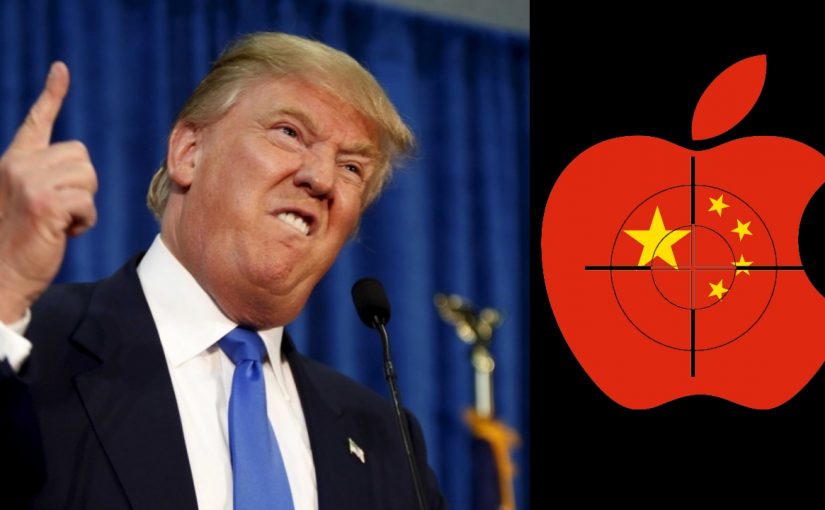 SCREWED: The United States and the world will be as screwed as Donald Trump’s face if he wins the elections

The hilarious first chapter of Trumpian satire Hoyt’s War. Donald Trump says no one should waste their time on it

The fly had no idea he was about to irritate the president of the United States when it landed on the letter g in the word great. It wouldn’t have known, similarly, that President Codbag [not his real name] was a great fan of freewheeling prose and believed in the power of the unplanned word. He had absolutely refused the teleprompter and had agreed only after hours of argument to carry a single sheet of paper with a few keywords and messages. So far he hadn’t looked at it, so he had no idea that the only fly in the studio had landed on an important keyword.

“I’m going to be frank, folks,” said the president, speaking straight into the camera. “This is a fantastic country, you know. I can look back on four years of being your president and I can say, heck yeah, this is a beautiful country. It was in a hole when I took over, it was a mess of bad people and rapists and Muslims and terrorists. And god, those jobless losers. But I promised you we’d change all that, and we did. I kicked ass, I showed the world what it meant to be America. I drew a line in the sand – freeloaders stay away. And those that didn’t, well, I don’t even want to go into what we did to them. Now I know there are some people out there, like that lady with the glass ceiling, who won’t agree with me – but I’m not going to waste your time talking about losers.”

The fly laid a few eggs right in the loop of the g, and then hotfooted it an inch left and began to explore America. The President continued winging it.

“People ask me ‘How did you it, Codbag? How did you turn America around?’ And you know what I tell them? I tell them I haven’t turned anything around. No, sir! This is just the tip of the volcano, you heard that expression? Give me four more years and I’ll show you what a turnaround looks like. I’ll tell you this, folks, you have to be sitting in the Oval Office to really understand all the stuff that a president needs to fix. I had no idea. You have no idea.

“What can we do about poor people? How come they haven’t learnt to stay out of rich people’s hair yet? I love poor people, you know that, but hey, there’s a reason why our deficit is still as big as it was four years ago. We need to do something about poor people, and time is running out.

“I think America has a thinking problem. Have you ever wondered why some Americans think so damn much, if you’ll pardon my French? We pump millions of dollars into putting our best kids through the best schools but all they do when they come out is, they think. They analyse and debate and waste everyone’s time. Look at my friends on the Hill, look at those fossils in the House and in the Senate. You know, you voted ’em into those chairs, but all they do is sit there and think. My presidency is a testimony to the fact that when a man thinks less, he does more. In my playbook, you can either think or you can get off your butt and get things done. So that’s a serious problem and people want to know what I’m gonna do about that.

“Now there’s a word, and it’s a disgusting word and I’m not going to say it, you know what I mean, but I have to agree with Bishop LaGrande, he says to me, he says ‘Barry, why do Americans fornicate so much? Everyone’s doing it to everyone. I can tell you God doesn’t approve at all.’ He’s right, folks. We’re not being good boys and girls. And people want to know what President Barry Codbag plans to do about it. Well, I’ve begun wondering if this is now something my government should be looking at.

Why do Americans fornicate so much? Everyone’s doing it to everyone. I can tell you God doesn’t approve at all. He’s right, folks. We’re not being good boys and girls.

“And examinations, for Christ’s sake. Why are clean-cut all-American kids failing, while coffee-coloured, curry-flavoured brown kids getting all the marks, and cheating openly? Something seriously wrong there, folks, and I intend to fix it. My very own nephew, true-blue clean-cut all-American kids, plays a mean game of rugby, and goes by Francis Codbag. But guess what, they failed him – for cheating! That kid wouldn’t know how to spell cheating. Something wrong there, folks – and people want to know how I’m going to fix that too.”

The fly, after dozing for some time in a dark corner of the sound-proof ceiling, now lit out again in the arc lights, heading for a shiny object below, which turned out to be a bald spot on the skull of the leader of the free world. The fly settled down and squatted. He could feel another batch of eggs coming.

The president didn’t feel a thing. He had reached the high point of his speech without checking his cheat sheet once.

“These are the questions people are asking me, and by God, they’re expecting me to have answers. Well, I’ve never made a secret of the fact that I am my own best advisor, my own ace consultant. But today I’m gonna let you in on a secret – ”

The president shouted to someone off camera. “Bring her in, boys,” he said. Two studio hands moved in, carrying between them what looked like a large, metallic box, with a complex filigree pattern that resembled boiling worms. They set it in front of the president.

“That, folks, is where all the answers to America’s problems are written down in god’s own hand, Him to me. You heard right, folks, that’s God talking straight to Barry Codbag, telling him how to fix this great nation. There isn’t a problem that doesn’t have a straight answer right in there. Now I want to introduce you to – “

He looked off camera again, and beckoned. “Come right in, reverend.” The camera swivelled to show a beaming man in a surplice, waving to the cameras as he swooshed in.

“Meet the fantastic Reverend Nat Schmiler, the amazing man who interprets God’s words for me and makes his wishes clear. Hey, this is a manual for fixing America, it needs an expert to read it. And Mr Schmiler is that expert. Say hello to America, reverend.”

God’s interpreter waved to the cameras.

“Ok, off you go now,” said the president, shooing the holy man off. “This is the Codbag show.” He turned to the camera.

“Now I’m going to be frank – if you want me to deal with all these problems, and really fix things, you’re going to have to give me four more years. I came in here promising that we were going to make this country – ”

Barry Codbag glanced down at the cheat sheet of paper, and saw the fly.

The nation watched as its president took a step back and looked off screen. “There’s a fucking fly here.” He flailed at it, and then followed it as it flew around him.

“I hate this,” said the most powerful man in the world. “I hate that the world’s largest television network cannot keep a small fly out of its studio, and that the president of the United States has to deal with it.” He spoke to the people of America through the camera, his voice touching shrill. “Do you see how much work we have ahead? Forget the Taliban and the ISIS. We have a problem even getting flies out.

He turned off camera again. “Are any of you idiots coming in here to get this fly out? Or do I have to show you how it’s done in the White House?”

He sat down and removed a tan shoe, highly polished. He crouched over the table while the nation watched its leader spellbound, no one daring to exhale. “I can see him right here. Little black critter. Zoom in right here, camera. We’re going show the world how we do this thing.

“Now I’m going to come in from behind, so he doesn’t see me coming – ” His shoe was raised.

At this point, someone practical and no-nonsense from the president’s team switched off the signal.

The president and the fly disappeared from a million homes in an instant.

Hoyt’s War, a dystopian satire about an American idiocrasy, stupefied by four years of a Trump-like president, is available on Amazon