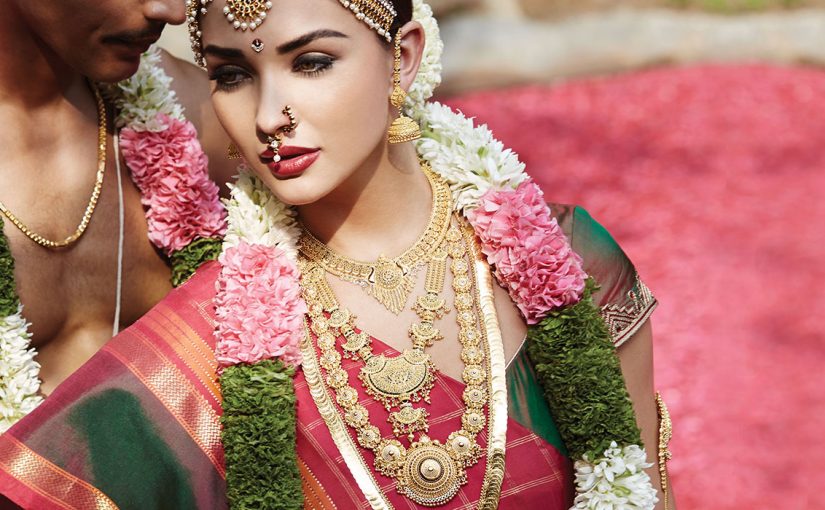 TRADITION: Certain communities like the Gujaratis and Tamilians prefer to save their money in gold, which unlike stocks and shares and even Rs 2,000 currency notes do not lose their value or their colour

In Modiraj there are no limits to the amount of gold and diamonds Janardan Reddy, Nitin Gadkari and Mukesh Ambani can hold and flaunt. There is no ceiling of Rs 2.5 lakhs for Deepak Parekh and Chandra Kochar bankers and Yuvraj the cricketer.   Reddy spent Rs 500 Crores, Nitin Gadkari hired 50 chartered planes and Mukesh Ambani’s daughter flashed an Rs 90 crore diamond gown at Launch of JIO!!!!!

GIRLS in the Sangh Parivar, Hindustan, except in Goa which follows the Uniform Civil Code, are considered paraya dhan. Nobody desires a daughter or a girl child because she will sooner or later get married and become somebody else’s property. When kumari becomes shrimati she loses all rights to parental property. Which is reserved for the sons of the family. Even if the new bahu is harassed and persecuted in the sasumai’s house, her parents will advice her to adjust.

One of the reasons why parents of the bride spend so much money on a wedding is the hope that the in-laws greed will be satisfied. Whatever the in-laws and the damad want, they get. The in-laws specify how much gold the bride should bring. The in-laws — or should we called them out-laws — may demand a car or a scooter or a house for their son.

Even after the marriage sasumai and even the sister-in-law who may be staying with her parents could make demands on the new bride. If the bride and her parents are not able to meet the demand she may literally go up in flames. Which is why we still have so many dowry deaths in the country.

The only economic security that women enjoy legally is streedhan. It is the only property of the married woman which is hers exclusively, over which even the husband leave alone the in-laws have no legal claim. Streedhan is the gold and jewellery that a bride is given by her parents at the time of her wedding. This belongs exclusively to the bride and neither sasu mai nor sasu pai or even the husband may make any claims to it.

The jewellery whether it is diamonds or gold is the only insurance that the bride has if she is thrown out of her marital home. Either for not fulfilling the demand for dowry or because she is unable to bear a male child. Every traditional Indian sasu mai and sasu pai wants a heir to carry on the family name. Even if the son is a useless badmash who is a drug addict or an alcoholic, under the Hindu and Muslim personal law he inherits the property.

Women do not get any share of the property of parents except for the dowry they get when they are married. This is because the girl child is considered parayadhan who is a temporary guest in her parents’ house.

SHARES can lose their value overnight if you have invested in companies flooted by rogues like Vijay Mallya or Raju of Satyam. Or a Subrato Roy of Sahara who has cheated lakhs of small investors. Even investments in mutual funds admit that they are subject to market risks as the money you invest is put into stocks and shares which may lose value if the companies are mismanaged. If you have invested in Jio and Jio becomes Maro you could lose all your money. You may be thrown out of the house or flat that your parents bought for you and your husband when you got married if the in-laws decide that you are not a good wife, or because you cannot give them a male child. The in-laws can take away all your money and all your shares and even the roof that you may have paid for. But they cannot touch your jewellery. Because according to law this is streedhan and belongs exclusively to the daughter-in-law. Your bhabhi can borrow it but cannot take it away from you.

But not any longer and not for a long time now. In the context of the financial strike by Narendra Modi we have been reminded of a rule passed by the Income Tax Department. Under this rule the maximum amount of gold and jewellery that saubhagyavati, a married women, can own is 500 grams. If the girl is a kumara, which means waiting to get married, she can own only 250 grams of gold. If one of the sons is fond of jewellery like our Mickey Pacheco, who has 15 gold rings and ten gold chains, the maximum gold you can own without being questioned by Income Tax officials is 100 grams. The diamond stud which many young men wear as a fashion statement itself would be more than 100 grams.

To be fair I must acknowledge at that there is no limit to the amount of gold and jewellery that women and indeed man can own. The catch is that if a married women has gold more than 500 grams and the unmarried women has gold more than 200 grams she has to explain where the money to buy the gold came from. Even if the gold that you have been given by your mother or nani at the time of your marriage exceeds 500 grams you and your parents have to prove that your parents gave you the excess gold and that they paid for it with white money.

If there is any suspicion that your parents or your husband or you yourself have bought the jewellery in excess of the limit of 500 grams with black money. it is liable to be taxed at penel rates of 80%. You may also run the risk of counting bars in a jail cell for concealing black money.

It matters how you came to be in possession of gold and jewellery of more than the stipulated quantity of 500 grams which at the present market price of gold of Rs 28,000 for 10 grams is worth Rs 14 lakhs. Which will not even get you 1-BHK in Canacona. You will have to explain how you got the money to pay for it. You have to prove that it was bought out of money that you earned. And only earnings in white money and not money that you got in cash from your business or your employer will be accepted as legitimate expenditure. Even if it is ancestral jewellery which has come to you from your great grand-mother or your nani you have to have something in writing that you have inherited it. You cannot tell the Income Tax Authority that your nani orally told you “Beti this is your share of my jewellery.” So if you have not done so, put it down in writing. There is always the risk that if your nani puts it down in writing that she has gifted you an entire jewellery set consisting of a gold necklace, earrings, maang tikka, payals, toe rings and bracelets, not to mention a kamar bandh, the Income Tax Authority may decend on your nani to find out how she paid for it.

THE worst part of the new IT rule is that you may own only a maximum of 500 grams of gold if you do not want to be harassed by the men of the Income Tax Department. The irony is that the IT official, who is often corrupt, has complete discretion to decide whether you can or cannot keep your jewellery and gold if it is more than 500 grams. This means all unmarried and married women are at the mercy of the Income Tax Inspector. He can permit you to hold gold more than the prescribed limit, if he decides that you belong to communities like the Gujaratis and Marwaris and Tamilians who believe that the safest investment in life is pure gold.

Which is not far from the truth because gold is the only asset in the world the value of which does not fall. Unlike stocks and shares and even currency issued by governments which may get devalued over time, the value of gold is timeless. Even if Modi had not carried out a surgical strike, the value of the scrapped Rs 500 and Rs 1,000 notes have come down to less than half because of inflation. Even ten years ago Rs 100 was a lot of money. Now when you go to the market you have to take at least a Rs 500 note. Which is why the acute shortage of Rs 500 notes is causing such panic in the country. The new Rs 2,000 notes are no substitute for Rs 500 notes as nobody pays the milk man or the bhajiwala or the fisher women with a Rs 2,000 note. Similarly, contract labour employed in construction works are paid Rs 500 a day at the most.

In the wake of de-monetisation of Rs 500 and Rs 1,000 notes there have been reports of people converting black money into gold and jewellery. A doctor running a nursing home in Margao was arrested because on November 9 he converted crores worth of black money into gold jewellery. Over 90% of the purchase of gold jewellery is made with cash. Though some jewellers accept credit cards they demand extra commission of 2% if the jewellery is bought and paid through credit cards. But this may become an excuse for the Modi government to start harassing all women for having jewellery more than 500 grams. Of the value of Rs 14 lakhs.

FAMILIES Families collect and invest in gold and jewellery over generations for the security of the members of the family, particularly the young women. Even the mother of my maid servant started collecting gold for her daughter’s marriage from the time she was born so that she could buy a good husband for her daughter. Fortunately many poor families have now begun to consider investment in education more valuable and safe than investment in gold. An educated girls can get a job and support herself even if she is thrown out by the husband and in-laws. All the gold she has will only last her for a limited period of time and cannot give a girl security for life.

Not all money that a family has in cash is black money. Similarly all gold and jewellery over 500 grams owned by a shrimati or a kumari is not gold bought out of black money. The drive against black money like charity should start from home. From the homes of the politicians who impose these rules. From the home of Narendra Modi and the members of his cabinet. From the homes of Laxmikant Parsekar and members of his cabinet. And the honourable and dishonourable representatives of the people, the members of the Goa Legislative Assembly. Now go to our centrespread pages of this issue to know how much gold and diamond jewellery our amdars and khasdars have in their possession according to their own admission in the affidavits they filed when they submitted their nomination papers for the 2012 election.

One thought on “NO LIMITS FOR KHAAS AADMI IN MODIRAJ”