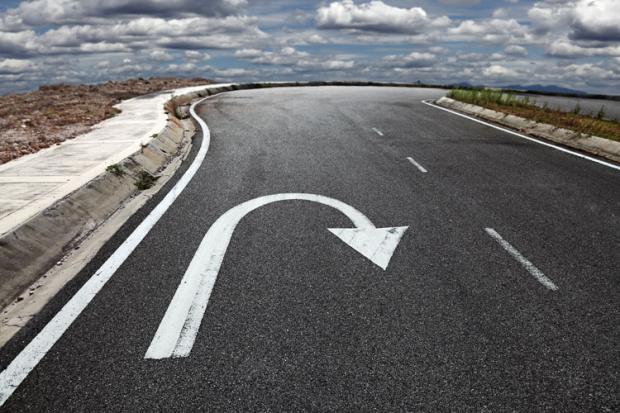 ::FORWARD MARCH- No U turn if Goa Forward comes to power::

The only secular local party is Goa Forward. A party led by Vijay Sardessai who carries forward the legacy of those who have fought for and contributed to the preservation of the Goan identity. Vijay Sardessai is the son of an Eminent Scientist who was employed with the United Nations in Argentina. His mother was a Ghandhian who spent many years in the Sabarmathi Ashram. Vijay shares his birth place and his birthday with the ever green revolutionary hero Che Guvera . He is the brother of the late linguistic geniues Madhavi Sardessai who was the head of the Department of the Konkani in the Goa University. He is the brother-in-law of Lokmat Editor, Raju Naik and renowned artist Subhodh Kerkar.

When people gave BJP in 2012 a mandate to govern Goa a lot was expected from the new government. After all Parrikar in Opposition had cried himself hoarse against casinos, unregulated mining, prevailing corruption under Congress coalition, etc. He had also promised to put in place a pro-people Regional Plan and had assured Goa would get a Special Status. But once he assumed the reins of power he proved to be a “liar” and unabashedly did a U turn on all his promises. He is now the main culprit for the abysmal state of affairs in Goa. Not only did we not see anything good coming from his reign, what is more, he led the Government down into a steep precipice (his successor Laxmikant Parsekar miserably carrying the torch after Parrikar left Goa in the lurch) to the point of creating a huge debt to the already depleted state exchequer. It will suffice to say that the BJP government today has touched the rock bottom borrowing money to pay interest on loans to the tune crores of rupees. More ridiculous, unabashedly the Government goes on indulging in further massive spending spree as it has rightly earns the epithet of being a “government of doles” that adopts populist measure no matter if the state coffers run dry. The “demonetization” policy has been the last nail on the coffin, as aam admi runs from pillar to post and thousands are denied their daily bread.

The promise of Special Status, we know now, was made only to hoodwink the people, particularly the voters at election time, with full knowledge that such promises cannot or will not be fulfilled. Manohar Parrikar even had the nerve to say that Special Status was like an impossible to get chocolate which children would always want – making a mockery of his earlier promises. Absence of sincerity, U-turns, false promises, and abysmal corruption have been unfortunately the BJP’s hallmark as we near the 2017 elections!

“Whether Goa gets Special Status or not, what needs to be realized by us is that our present leaders are a bunch of liars and an untrustworthy lot. This assumes significance particularly in the context of the assurance that Dabolim will be retained even after Mopa comes up. This is a lie that is believed only by those who have interests in supporting the BJP. The insatiable greed of the Indian Navy has led them to go back on their commitments on land. Mopa is a good ground for the Navy to grab Dabolim for its sole use.”

“It is not this issue alone that has hit the headlines for the last few weeks. Bouncers have been getting more and more audacious thanks to a weak Government and even weaker Police force. After Tiracol, they dared rape two tourists, that too in a hotel! Outside criminals are turning more daring than locals! There is no let up in murders. Shootouts are a new way of settling scores. How safe are we M/s DGP, IGP and Home Minister? And is this the tourism we are canvassing to the outside world?”

Against this bleak scenario the BJP Government is all out to increase the slumping revenue mindless of the means. Surreptitiously and clandestinely, they are increasing taxes, stamp paper, etc. and people are blissfully unaware of the way they are being fleeced.

There’s no doubt that there’s a strong movement going on to dethrone the BJP but it is unfortunate that the Opposition is still divided.

One party that specially deserves our vote is the “Goa Forward” party. And here, to my thinking, are some of the reasons:-

In such circumstances Goa needs a political alternative and new faces in the Assembly. “Goa Forward” (GF) can offer that.

A) No past baggage. Freedom to chalk out future. Politicians who can strongly espouse regional aspirations. GF is better equipped for this.

B) GF has in its agenda espousing multilingual, multicultural Goa. Its vision is for developed Goa and happy Goemkar.

C) The idea of making Goa a land of opportunities for youth is novel.

D) Stricter laws for curbing alienation of agricultural lands from hands of locals and policy employment of locals is what GF promises.

E) GF is clear on the protection and against Nationalization of Goa’s rivers.

It is admittedly a challenge to provide a political alternative. That too for a new party! BJP machinery is oiled and organized. Opposition is divided and seems to be playing into the hands of BJP. GF comes as a relief and good prescription. It needs the support of all Goans.

For Goa, Goemkar and Goemkarpon, it has to be GOA FORWARD PARTY.

3 thoughts on “WHY VOTE FOR GOA FORWARD”