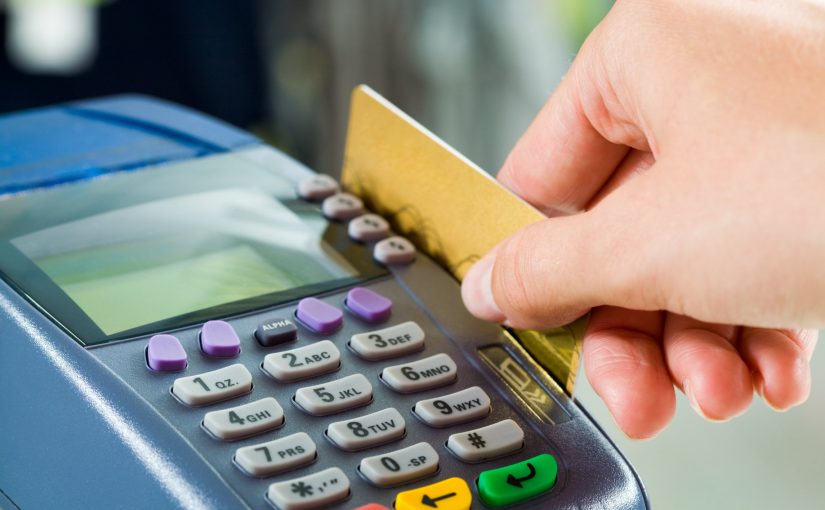 CASHLESS: Digital transfers do not work all the time across India as even debit cards, credit cards and e-wallets are dependent on reliable connectivity

AND a few stray thoughts on the Dhavalikar brothers being forced into the embrace of the BBSM and Shiv Sena. Until recently, they had insisted on continuing their alliance with the BJP but then began demanding much more seats than were allotted to them in the 2012 elections. In the absence of Manohar Parrikar, Sudhin Dhavalikar has developed hopes, if not ambitions, of occupying the chief minister’s kodel.

The Dhavalikars have never been very comfortable with Laxmikant Parsekar as chief minister. Moreover, ideologically, they are much closer to the BBSM and the Shiv Sena. The Dhavalikars and BBSM want grants to English medium schools suspended, and are in favour of Marathi being given equal official status or even displacing Konkani as Goa’s official language. But perhaps Sudin’s biggest grievance of is that he cannot make money as the Parsekar government is routing all mega projects through the Goa State Infrastructure Development Corporation (GSIDC). To add insult to injury, Public Works Department contractors have not been paid their dues for a long time. His brother Deepak has also been stripped of the transport portfolio.

Sudin Dhavalikar started a war of words by insisting that the MGP was unwilling to continue the alliance with the BJP unless Parsekar was ruled out as nominee for chief minister, a sentiment incidentally shared by defence minister Parrikar. When Parrikar moved to Delhi, his first choice for successor was then speaker Rajendra Arlekar. Parrikar was overruled by the Rashtriya Swayamsevak Sangh organising secretary Satish Dhond, who chose Parsekar instead.

Parsekar had no option but to strike back. It was a question of his izzat. With the Dhavalikar brothers openly threatening to break away if Parsekar led the party in 2017, he had to flex his muscles. Parsekar retaliated by dropping the Dhavalikar brothers from his cabinet. It would appear that he acted on his own and did not consult either the High Command observer for Goa Nitin Ghatkari or Parrikar. Both central leaders are aware that they cannot survive without the MGP, particularly following the revolt of former Goa RSS chief Subhash Velingkar.

Though the brothers have been removed from the Cabinet, Parrikar does not seem to have given up hopes of patching up with them. He has even hinted that the BJP may be willing and he personally would be happy if the BJP elected or selected a new captain to lead the saffron team in the 2017 election. Perhaps this is why he has been claiming that dropping the Dhavalikars from the Cabinet does not mean that the alliance has snapped. Given the political equations, it is likely that Parsekar may pay the price for his impulsive decision of dropping the Dhavalikar brothers in the cabinet.

THERE are indications that the BJP, on Parrikar’s insistence, may offer a new twist to the minority card that they played in the 2012 election. Parrikar is aware that the minority Catholic community is not happy with the BJP. After the Catholic Bishops Conference of India president warned the BJP during the St Francis Xavier feast mass not to interfere with the affairs of the Church, Parrikar may be desperate to win back minority votes. I am inclined to believe that the BJP may go a step further in the 2017 elections. The last time they created a precedent by giving BJP party tickets to Catholic candidates, a gamble which paid off, with all Catholic MLAs who contested on BJP tickets winning their seats. This time, if Parrikar has his way, he may suggest Calangute MLA Michael Lobo as the chief ministerial candidate if BJP gets the required numbers. This will be a master stroke as Catholic MLAs who are now uneasy about accepting BJP tickets might change their mind if assured that the chief minister will be a Catholic. It is not a coincidence that Parrikar’s birthday on December 13 was celebrated near his birthplace of Parra, with the arrangements made by Lobo. Not surprisingly, Parrikar was full of praise for Lobo. Deputy chief minister Francis D’Souza has reconciled himself to being made the governor of some BJP-ruled state as he has been ruled out for the chief minister’s post.

AND a few stray thoughts on the shocking news that the most honest politician in Goa, Floriano Lobo, has handed over his Goa Su-raj party to Mickky Pacheco, who is not only considered among the most corrupt, but also has charges of abetment to suicide pending against him. Pacheco has been convicted of assaulting a junior engineer of the Electricity Department. During the last elections, Pacheco had formed the Goa Vikas Party which won two seats – the Nuvem seat, where he defeated Aleixo Sequiera, and the Benaulim seat where Caetano Silva prevailed over Valanka Alemao.

Pacheco, who like a rabbit has kept hopping parties, wanted to merge his Goa Vikas Party with the Congress. Unfortunately for him, Caetano Silva did not want to join the Congress. The Goa Vikas Party, on the contrary, expelled Pacheco. The Mickey Mouse of Betalbatim then tried to take over the United Goans Democratic Party (UGDP). He faced stiff competition from the Taleigao MLA Babush Monseratte, who also wanted to buy the UGDP. So Pacheco was left with no option. It still comes as a shock that Floriano Lobo has permitted him to take over the Goa Su-raj Party.

We have known Floriano Lobo very well. When we started the Goan Observer in 2003, he helped us to find our first office premises at Tropicana apartments in La Campala Colony, Miramar. He was one of the directors of Goan Observer. He resigned when he decided to take on Babush Monserrate in Taleigao in the 2007 elections. As a matter of principle, we decided that he could not remain a director after joining politics. But we supported Floriano and I even addressed a public meeting in the field opposite Babush’s house in Taleigao.

There is no question that Floriano Lobo is a man of total integrity. He was a radio officer in the merchant navy and entered politics after he retired. He had very high goals of a clean Goa where there would be no corruption and the ecology would be protected. His problem was perhaps that he was too honest. He was not willing to make any compromises. He was also autocratic and kept changing party office bearers. But with all his shortcomings, Goa-Suraj was the best alternative to existing political parties long before the Aam Aadmi Party came on the scene. It is a tragedy that he has handed over the party to Pacheco of all people.

AND a few stray thoughts on why a digital cashless economy is an impossible dream in India and in Goa. It is even more absurd to believe that Goa can become cashless by December 31, as claimed by the Parrikar. Chief minister Parsekar even sent out a circular to all government departments and private traders to shift to digital methods of payment. He soon realised that it was not as easy as he thought and then said that it was a voluntary suggestion.

Last Sunday, we decided to have dinner at a new restaurant owned by the son-in-law of the legendary Chef Rui Madre Deus who used to run the Ronil hotel. After a very satisfactory dinner, I reached out for the debit card which had been issued to me within 24 hours by Tonca Corporation Bank manager Rakesh. The steward brought the point-of-sale machine to swipe the card, which after insertion requires a secret pin number to authorise the payment. I punched in the pin twice, but there was no response and the transaction was not approved. I was afraid of punching my number the third time as the practise is to block a card if there are more than two attempts to ensure that stolen cards are not used. Since I had my credit card blocked for the very same reason a month ago, I decided to settle the bill by cash. The owner was not too happy when I presented him the most unpopular `2000 bill. He had great difficulty finding change.

I thought that I had made a mistake with the pin; that I had punched in the incorrect number. My fingers shake a bit and may have slipped. It was only when I was reading the newspaper on Monday that I discovered why digital India was a mirage. Between 6pm and 9pm on Sunday, the majority of the credit cards in Panaji and Goa did not work because there was no network connectivity. This could not be attributed to the cyclone Vardah, which affected connectivity only in Tamil Nadu and neighbouring areas.

To have a cashless economy, you need excellent connectivity. This depends on mobile towers, which are being objected to by many communities. There are far more mobile phones in the country than can be supported by the existing infrastructure. Telecom tycoon Mukesh Ambani boasts of having built up a subscription base of more than 500 million. Even though his Reliance Jio depends more on underground cabling, this is even more injurious to connectivity than mobile towers in a country where roads are constantly dug up and cables are damaged. Ambani himself has admitted that the free call failure rate from Jio was as high as 90 per cent. Those who have availed themselves of the free 4G Jio SIM cards would have realised that the speed dropped in proportion to the number of subscribers.

As much as 80 per cent of India’s population may have mobile phones. It has been confirmed that more Indians have mobile phones than toilets in their houses. But to enter into a digital transaction, it is not enough to have a mobile phone. You must have a smart phone with internet connectivity. Even the simplest digital transfer system like PayTM needs internet to authenticate Aadhaar details such as the finger prints. Till every Indian fisherwoman and vegetable vendor has a smart phone with internet connectivity, the dream of digital India will remain a nightmare.

AND a few stray thoughts on the irony of crores of pink brand new `2000 currency notes being seized from across the country, even as hundreds stand in long queues outside ATMs waiting to get their hands on it. There are a dozens of reports every day of brand new black money in brand new `2000 notes being seized. The agents are obviously bank managers, and perhaps employees of the Reserve Bank of India.

The method is simple. A person with a lot of black money collects 500 Aadhaar cards from a slum. He promises the slum dwellers 30 per cent commission. Each stands in a queue and exchanges `4000 worth of old black `500 and `1000 notes. So not only is the black money laundered, but you have new black money badshahs who have crores of new `2000 notes. So how has Modi stopped the creation of black money?

A larger issue has been raised. According to the RBI, 80 per cent of the `500 and `1000 notes which were in circulation have already been deposited in the bank. The expectation is that by December 31, 95 per cent of the so-called black money will be back in the banks. So what has happened to catching those with black money? The truth is that black money is not stored in currency notes, it is stored in real estate, gold and jewellery. The IT authorities should start investigating how politicians have huge amounts of property without any known sources of income.

AND a last stray thought for yet another Saturday. A report has shockingly revealed that as many as 16 per cent of households in Goa do not have toilets. In other words, 16 per cent of the population is forced to defecate in the open.

Surely, this is not what is expected of golden Goa.