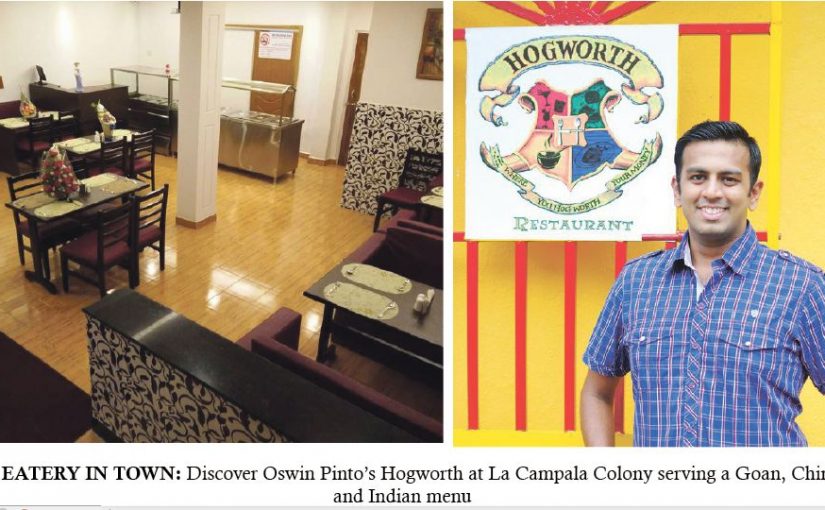 AFTER the highs of the season what else but the lows?! A depressing, loaded friend who doesn’t know what to do with her wealth and lives half way up a hill in Panjim called to ask how I get invited to grand weddings while she doesn’t! I retorted that she may think she is somebody, but that depends entirely on the host. To tell her the truth – you don’t get invited just because you are a somebody who’s loaded. In my case I get invited quite simply because I am my husband’s wife. He’s lived in Goa much longer and has all kinds of friends khaas and aam aadmi. As far as grand wedding receptions go, many can be terribly vulgar with their flaunt quota. Only a few have real substance and style.

Of course, the bride is always beautiful and the groom handsome on the wedding day! Oh, my friend replied, what did you wear? I said, a little bit of this, that and other, mostly my evergreen curiosity, love and affection, which must have left her confused! The world is really full of beautiful things to buy but I’ve got standing instructions to start off-loading things rather than hoard. Funnily, as long as we have things, all kinds of relatives and friends keep in touch. The moment they think you’re in the red, they do a gentle disappearing act and we become persona non-grata.

DID I ever confess that mostly I hate Indians and think we’re becoming an obnoxious people by the superficialities by which we arrive at ultra smart evaluations and snap judgments? And for the record, I don’t mind being dismissed as a sour puss at all! I’ve nothing to lose anymore. This reminds me of a love poem I rather like in the ‘Love Confronting Love’ collection of poems, edited by Jerry Pinto and Arundhathi Subramaniam (Penguinbooks, RS125, paperback) which I picked up at the recent 7th edition of the Goa Arts & Literature Festival at the Goa International Centre in Panjim.

It’s a poem titled ‘Alibi’ by Eunice de Souza and quite eloquently brief: “My love says/for god’s sake/don’t write poems/which heave and pant/and resound to the music/of our thighs/etc./Just keep at what you are:/a sour old puss in verse/and leave the rest to me.”

If you believe in love or no longer believe in it or never believed in it, this is an engaging  collection of poems to acquire for keeps, and of course if you have a sourpuss sense of humor like me. But let me get back to the food quotient of this column. You know how most doctors these days order their patients to get off their ass and go for an evening walk – perhaps they’re oblivious to the fact that the streets and pavements in to-be-smart city Panjim are not as smooth as Hema Malini’s cheeks.

The only time I feel like going for a walk is early in the morning or late in the evening or perhaps midnight for a dream walk (rarely achieved). One usually walks to a garden, since walking down dimly-lit bad streets in Panjim can be a dicey affair most times, especially for senior citizens. I have a senior citizen friend who walks the streets morning and evening wearing tough gumboots! He swears that only walking and eating beef morning, noon and night has promoted longevity in his family!

ANYWAY, one Saturday evening, the hubby said ‘we’ve forgotten how to walk, let’s go walk’, and before long we sauntered into this come-lately home-spun restaurant quaintly called Hogworth down La Campala Colony main road (near Krishi Bhavan/Emerald Lawns) and I met the charming young restaurateur Oswin Pinto. They’ve got chefs to do Goan, Chinese and Indian food and although his lunch and dinner meal deals have stopped for the moment, they have their à la carte menu. Many customers call to place their order before dropping in later to eat for a shorter wait!

Interesting fellow Oswin is. He left a career in aviation to come back to home and hearth in Goa, Goa calls and all that. He is a graduate of the Hyderabad Institute of Hotel Management, and did a stint with Marriott Goa. Now he decided to do what most young chefs itch to do – open up independently. It’s always one thing to itch and another to deliver though! Being well-connected helps – his father-in-law is Rui Madre Deus who I know is a mean cook and who for years on end took care of Ronil’s in Baga. I still remember an unforgettably perfect fish recheado he once prepared for me. Rui’s culinary genius must rub off on his son-in-law! Rui, of course, has now retired to write a cookbook which if wife Valerie doesn’t  prod him, he will never finish. Hurry up Rui, time, life, love, are all fleeting and don’t wait for or on anybody!

To cut to the present, there we were taking an interest in the Harry Potter-inspired Hogworth. The hubby ordered a drink and cheese naan-dal fry while I in the absence of their wonderful carrot and vegetable cutlets, ordered Kashmiri pulao. I’ve been itching to go to Kashmir one of these days! Drink, ma’am? Yes, just plain perfect lemon water, please. The confused waiter asked, what, only lemon water? Yes, I said, just a glass of water in which you squeeze in the juice of a fresh lemon. What I got was a glass of water in which a teaspoon of lemon cordial was stirred in, no hint of fresh lemon. It was too much because later I found I’d been billed RS50 for a lemon cordial flavored water. Oswin dear, a fresh lemon in the market costs only RS5 or RS6 if it’s a Goan lemon! This is why I hate eating out anymore and when I do, I want to take my own lemons.

The rest of the fare? I must tell you some of their non-vegetarian numbers are rated very well, the menu has something called Griffindor red chicken and a friend raves about the chouriço sausage pulao. As usual, it was a chicken-replete menu.

My Kashmiri pulao was slightly on the oily side and instead of ripe pineapple bits, try an apricot or two! The cheese naan came cold and had to be re-ordered for the hubby likes his naan hot. The dal fry was salty (I always say you may add salt but may never take it out), and oily. The hubby glares at me while I gave poor Oswin Pinto a lecture on the need to be health-conscious even in restaurants, for folk are health-conscious even when they eat out these day!

But it’s not a thumbs down for Hogworth. To the contrary, I’m amazed by the variety of Indian breads they do, the paratha, naan, kulcha and roti – ever heard of a Goa sausage naan (rs100)? Or lal mirchi paratha (rs50)? There’s also cheese ham naan, kheema naan, etc. Goan numbers are much sought after by those who love authentic Goan and by the way, Hogworth is the only restaurant I know which offers that classic Portuguese-styled delight called bol sans rival (the cake without rivals!), and serradurra (which translates to sawdust pudding but has a rich, creamy flavour that trumps Italian tiramisu. I ought not to compare the two as tiramisu is creamy with mascarpone).

Well, that was an unplanned meal at Hogworth one evening and it was rather a slow totter back home. It was so close by, ‘you call this going for a walk?’ I asked the hubby. Remind me not to go for walks with you again! He replied, ditto.

Our petty squabbles aside, you must check out Oswin Pinto’s Hogworth and its menu one of these days. I may note that while eating out there’s always a mystery element playing a diabolical role.