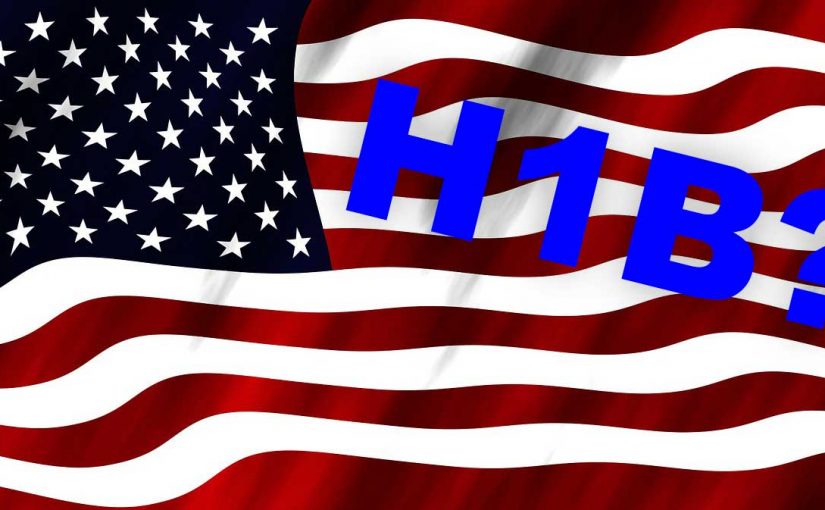 CHANGING WORLD: For many Indian youth, a US visa continues to be the ultimate goal. With unsettling news from the US over the H-1B visa, closely following Brexit, quite a few are having to re-examine their life goals

Holders of the H-1B visa, many from India, worry that their lives will be up-ended if the administration acts on hints that it wants to give priority to US workers

Karthik Sridhar and his wife recently sold their car and other assets in India, eager to start a new life in Silicon Valley. The founder of an artificial intelligence startup, who moved to Palo Alto, hasn’t seen his spouse and five-year-old daughter since last summer and was hopeful they could reunite this month in California.

But he fears Donald Trump’s immigration crackdown could change everything.

Sridhar’s foreign work visa is part of a programme that could soon be subject to a White House overhaul, and the SupplyAI CEO is worried the new administration could reject his wife’s application – and make it impossible for him to run a business in the US.

“I’m trying to create jobs here,” the 36-year-old said, sitting inside a busy co-working building in San Francisco where tech startups share office space. “Everything is up in the air now… We didn’t know there was going to be complete disdain for existing rules and regulations and policies.”

Over the last week, the booming tech industry in Silicon Valley has been shaken by rumours, leaked memos and comments from senior Trump officials suggesting that there may be an imminent push to reshape the visa programmes for highly skilled foreign-born workers.

In his first two weeks in office, Trump’s executive order blocking travel from seven predominantly Muslim countries has sparked international outrage as a cruel and racist ban that punishes tens of thousands of vulnerable refugees.

As tech workers with green cards were caught up in the chaos of the executive order, some Silicon Valley executives spoke out against the president with the kind of forceful criticisms that have been notably absent from technology leaders since Trump was elected.

But a potential new executive order targeting high-skilled visas – which have provided a significant labour pool to tech corporations – could escalate the rift between Silicon Valley and Trump and possibly upend the lives of immigrant families in California and beyond.

AT THE heart of the debate is the H-1B visa, which is the main programme that tech companies use to hire foreign talent. Documents obtained by numerous news outlets have offered vague suggestions that White House reforms may seek to prioritise American workers and restrict outsourcing companies that have dominated the programme.

“Given how rapidly the decisions are being made from Washington and given the scale of the impact, I definitely am a little bit concerned,” said Avinash Conda, a Shutterfly senior manager and H-1B visa holder originally from India. “We’re pretty anxious.”

Steve Bannon, the president’s chief political strategist, who is said to have wide influence in the administration, has previously appeared to suggest that Silicon Valley has too many Asian CEOs. Some fear he could be driving the effort to reform the programme for H-1B workers, the majority of whom are from India.

Madhuri Nemali, a Silicon Valley immigration lawyer and expert on H-1B visas, said there were concerns that smaller startups might struggle to remain in the region or recruit the talent they need if there were new burdensome restrictions to the H-1B programme.

“The uncertainty is the worst of it,” she said. “We are in this horrible limbo of anticipating the worst.”

To Stay or to Go

GURUDATT Bhobe, co-founder at SupplyAI, said he tries not to dwell on the unknown: “I’d rather not let it affect me.” But both founders admitted they were worried H-1B changes could force the company to consider relocating to Canada or moving most of the operation to India even though the firm’s technology adoption and market is in the US.

Bhobe said leaving Silicon Valley would be a major setback for the company: “The biggest cost is time.”

One SupplyAI employee, who works in marketing and communications and is also from India, could also be affected if Trump, as has been rumoured, seeks to reverse a policy Barack Obama put in place that gave spouses of H-1B holders permission to work.

“This was the only way I could work,” said the employee, who requested anonymity for fear of immigration repercussions. She said she and her spouse would move back to India if she lost her visa.

CRITICS of the H-1B programme, including Democrats, have argued that reforms would be welcome given that research has shown that large contracting firms have exploited the programme to deploy lower-paid contractors, which can hurt wages and displace US jobs.

Some H-1B holders have lamented how hard it is to get a green card, which means they can be stuck in their jobs and struggle to build a long-term home in the US.

Sadhak Sengupta, a professor at Brown University’s medical school and an H-1B holder, said he had been waiting for a green card since 2010: “When you are stuck in a backlog, you are being exploited… I don’t know when I’m going to get the green card.”

An H-1B holder who has worked as an engineer for Microsoft for seven years – and requested anonymity for fear of retribution – said if there were reforms to the programme, they should be geared toward helping people like him, who consider the US their home, get green cards.

Clément Garnier, a San Francisco software engineer and H-1B holder from France, said the airport detentions over the weekend made him significantly more worried that Trump’s changes to foreign work visa programmes could target certain groups in a discriminatory way.

“It’s literally my worst nightmare what’s happening to these people,” said the 25-year-old, who works at a startup called Stride Health. “If it can happen to them, it can probably happen to me.”

Ninety-seven companies, from Apple to Zynga, filed a legal brief against the executive order on immigration, stepping up the growing opposition to the policy.

The amicus brief was filed on February 5 in the ninth circuit court of appeals and emphasises the importance of immigrants in the economy and society.