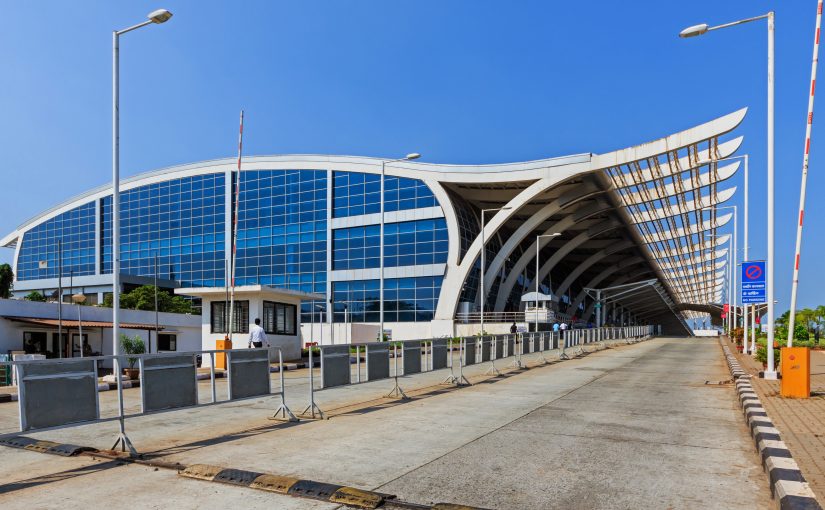 DADAGIRI: The Indian Navy which controls the Dabolim Airport has asked the airport authority and private airlines to reduce the number of flights between noon and 4pm because of too much congestion. The crisis is the creation of the Navy which does not allow civil flights between 8am and noon

AND a few stray thoughts for yet another Saturday when a 20-year-old college girl posted on social media: “I am a student from Delhi University. I am not afraid of [the Rashtriya Swayamsevak Sangh’s student wing] Akhil Bhartiya Vidyarthi Parishad (ABVP). I am not alone. Every student of India is with me.”

Gurmehar Kaur was expressing her anger at the violence on campus Her friends who had gone out to protest the violent disruption of a seminar at Delhi University’s Ramjas College, had come back hurt in a clash between students and the ABVP. They were injured and were threatened with rape Her reward was threats of rape by bhakts. There are Facebook posts describing in gruesome detail how she will be gang raped by the ABVP.

The brave young daughter of a martyr of the Kargil War had also earlier tweeted that her father was killed not by Pakistan but was a victim of wars, a mature and responsible statement for her age. Wars are not fought between individual citizens of countries. All wars throughout history – from the Mahabharata to the Second World War and the ongoing war in Syria – were provoked by the greed of rulers and politicians. Wars are inevitably the result of greed for more territory and power.

The Mahabharata war was fought because the Pandavas felt that the Kauravas would not return power to them even after they had spent 14 years in exile following a game of dice. The First World War was provoked by the murder of an Austrian prince, allegedly by German royalty. The Second World War was a result of the megalomania of Adolf Hitler who managed to brainwash Germans into believing they, as pure Aryans, were superior to all other races and communities and entitled to rule over the world.

AMONG the deadly consequences was the attempted extermination of the Jews, quite like events in Narendra Modi’s India where the Sangh Parivar believes that Hindus are a superior race who invented the aeroplane and even nuclear bombs in ancient times and have been suppressed and oppressed by the Muslim community. It is so refreshing to hear young Kaur saying that her father was a victim of war, not Pakistan.

What is incredibly deplorable and sickening is the reaction of iconic cricketers like Virender Singh Sehwag and actors like Randeep Hooda. Sehwag, who obviously has a heart of stone and head of cement, has made fun of Kaur by tweeting that “his bat scored all the six sixers and not him”. Though he later retracted his words, his crass comments were endorsed and praised by another stupid hulk, Randeep Hooda. Surely after this, all sensible women fans should boycott them.

Even more shocking is the reaction of Bharatiya Janata Party (BJP) Mysore MP Pratap Sinha who tweeted: “At least Dawood did not use the crutches of his father’s name to justify his anti-national stand.” What is anti-national about blaming war for death?

INFINITELY worse are the remarks of Naga Union Minister of State for Home Affairs Kiren Rijiju who betrayed the insensitivity and chamchagiri which earned him such a powerful post. He is reported to have commented: “Who is polluting the young girl’s mind?”

It is not Kaur’s mind but his own that is polluted. He has disgraced Nagaland and the North Eastern States. To top it all, union finance minister Arun Jaitley is reported to have told students at the London School of Economic that there was a conspiracy of subversion in Delhi University.

What makes me angry is the thundering silence of all those who organised Dakshinayan in Goa – great liberals like Datta Naik, Fr Victor Ferrao, Damodar Mauzo and the others. Not one has issued any protest against the threats to Kaur, condemned her comparison to alleged terrorist Dawood Ibrahim, written a Facebook post condemning the threats, or even protested Jaitley’s remark. And what has happened to the Congress and other left parties’ national students’ union? Are Goan students and unions going to wait until the ABVP molests one of our girls to take on the saffron gundas?

By law, it would have been dissolved. It was the fear that the Goa bench of the Bombay High Court may advise the governor to dissolve the assembly that has compelled the ruling collation led by the BJP to convene a session of Assembly on February 28.

Though polling for the Goa Legislative Assembly was completed on February 4, the results are expected to be announced only on March 11 when the process of polling in all the other states including Uttar Pradesh is complete.

The term of Goa’s existing assembly ends on March 15. A new government must take office and will have to be sworn in by the governor by March 15. In the meanwhile, many MLAs have resigned from the assembly, including Babush Monserrate who was expelled from the Congress and contested on United Goans Party tickets.

Other MLAs who have quit include Sports Minister Ramesh Tawadkar and Naresh Sawal, Micky Pacheco of Nuvem and Caitu Silva from Benaulim. Pandurang Madkaikar and Mauvin Godinho have left the Congress to contest on BJP tickets. Only 32 of 40 MLAs took part in the last session of the assembly this last week.

AND a few stray thoughts on the EC taking its own time to act on complaints by all political parties against suspected match fixing in the postal ballot. All 17,000 government employees including security personnel on election duty were permitted to use the postal ballot as they were not able to vote in their respective constituencies.

The EC is also under attack for not taking action against Cumbarjua candidate Pandurang Madkaikar, a Congress MLA who has switched to the BJP and contested on a saffron ticket. He is reported to have bought `20 lakh worth of coupons from the Goa State Consumer Co-operative Society which runs many Apna Bazaar retail outlets to bribe voters with.

It is also alleged that North Goa Member of Parliament Narendra Savoikar is also involved in corrupt electoral practices as he is the chairman of the Goa State Consumer Co-oporative. The limit of expenditure permitted to canvassing candidates is `20 lakhs, so if the purchase of coupons is linked to the elections, Madkaikar should be disqualified even if he wins.

WE HAVE our own grievance against the EC. The media and communication committee for South Goa headed by South Goa collector Swapnil Naik sent us a show cause notice on an interview with Kenneth Silveira published in the Herald long before he filed his nomination as an independent candidate.

We appealed against the absurd verdict to the chief electoral officer. At the hearing, the representative of the press council stated that there was no basis for treating the interview as paid news and obviously the South Goa Committee was ignorant of the criteria that govern paid news.

The only mild censure from the press commission representative was I should have not used harsh language against the South Goa media committee returning officer as it was a body appointed by the EC. We accepted his censure and apologised for the language used when accusing the committee of bias in singling out Goan Observer for a suo motto cognizance of paid news when the dailies were doing it all the time.

CEO Mr Kunal told us that our appeal had succeeded and the case against us was dismissed. During the hearing, we received notices and orders of the South Goa returning officer by speed post within 24 hours. Even though it is more than a month since the hearing, we have not received the final order dismissing the guilty verdict.

We were shocked when the advocate appearing for the Sanatan Sanstha in a civil defamation case against us asked if the BJP filed the complaint. When we told him that the case had been dismissed, he demanded a copy of the order. We have applied for a copy and we hope we will get it as soon as we received the charges and the order against it by the South Goa committee of the EC.

AND a few stray thoughts on the shape of things to come when the Greenfield airport at Mopa is commissioned. Both defence minister Manohar Parrikar and chief minister Laxmikant Parsekar and even civil aviation minister Ashok Raju have assured that Dabolim airport will continue even after Mopa is commissioned. But recent developments are disturbing. According to reports from the airport authority, the navy is asking them to reduce the number of flights – currently about 80 – between 12:30pm and 2:30pm. There is already a restriction on civilian flights between 8am and noon when the airport is used exclusively by the navy.

Due to this restriction, all civilian flights must land and take off between 12:30pm and 2:30pm as most people want to arrive during the day as the check-in time at hotels is during that period. Since traffic control in Goa is with the navy, the airport authority has no say in the schedule of flights.

Both private airlines and the airport authority have refused to reduce the navy’s recent request. It is to be seen if Parrikar will support the airport authority or force them to obey the navy’s demands. Every charter operator must get permission from the navy for every flight. This discourages more charters who find the timings allotted to them unsuitable.

AND A last stray thought for yet another Saturday. Vyapam culture has spread to the Defence Forces. Vyapam is the Hindi word for SSC Board exams and became notorious because of the admission scam in BJP-ruled Madhya Pradesh. In the scam, impersonators were allowed to write the exam on behalf of candidates so that they could get high marks and bag seats in engineering and medical colleges.

All the teachers, supervisors and the Education Department officials were involved in the scam where thousands of students sent substitutes to answer the exam. In an action replay, a group of scam artists managed to get a copy of the written exam for recruitment of clerks and tradesmen for jobs like plumbers and mechanics for the army.

The cheats, including the person who leaked the paper and students who paid for the question papers, were arrested from a hotel in Anjuna. Surely one does not expect this when the defence ministry is headed by Parrikar who has sworn zero tolerance for corruption.