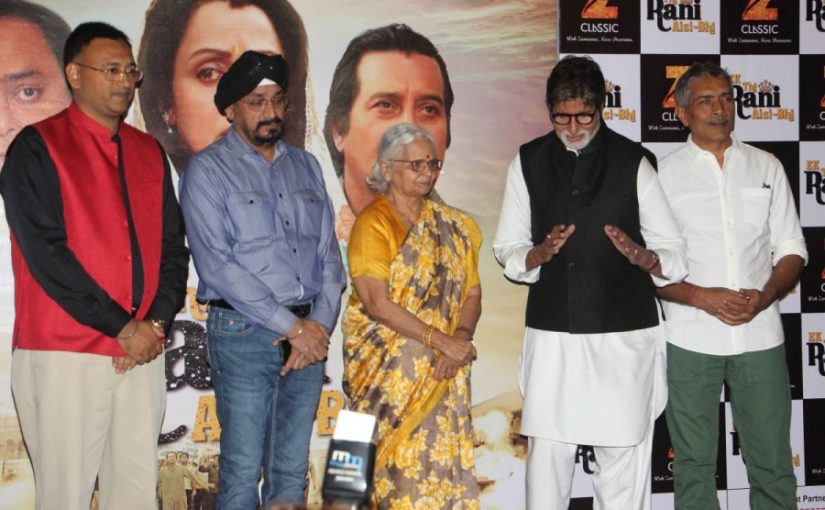 ALOT has been happening, my dears, except that I missed much of it! I agree with industrialist Shrinivas Dempo who at one of the CII meetings said that we are living in rather interesting times…how interesting the next few years will prove to us. Many of us live in a bubble with rose-tinted glasses and when the bubble bursts and the glasses are off, then what? Goa governor Mridula Sinha is a fascinating governor and woman I’ve been discovering – and not above sharing her life and times in bits and pieces at various functions.

At a GWP International Women’s Day get-together on March 16, 2017, she was the chief guest and while several women entrepreneurs recounted their success stories, Mridulaji wanted to be introduced to all the enterprising women present and afterwards expressed a bit of envy vis-à-vis the freedom women in Goa enjoy!

Not to be left behind she confided she too has an enterprising spirit in her which keeps bursting out – like she’s been advised by her doctor to put on a swimming costume and do some exercises in a swimming pool for her aching bones…and the good sport she is, she is trying to enjoy herself in the pool these days. Then she recounted how she was married young because her father thought her English would improve if she married a man whose English was excellent, My father said, “He will teach you English and you will be better off…except that in all these years of marriage not once have I been able to get my husband to say three words, `I love you!’ in English to me!” Her husband is Dr Ram Kripal Sinha, ex-MP and former MOS (Government of India).

Life at the Raj Bhavan has its moments, she recounted, and everybody thinks she can’t cook, but in her time women grew up learning how to cook and even now she goes into the kitchen to cook something, “At the moment we are busy making mango pickle!”

HER daughter’s family was down from abroad and she has been listening to her daughter telling her son-in-law who wanted a cup of tea, “My daughter told him to go into the kitchen and make a cup of tea for himself!” She said just because she is a woman it doesn’t mean she has to make the tea every time, anybody can make tea, man or woman.

The relationships between today’s younger generation has become more informal nowadays, she observed, although she is not quite sure if it leads to peace and harmony. For her generation of women it was different and women knew their role at home and she decided earlier on that although her English was not going to improve, her Hindi was excellent and she was a voracious reader. She took to writing like a duck to water or so to speak.

Short stories, essays, books, Goa’s governor is quite a prolific writer. She was in the news recently because of her autobiography of her friend, the late Maharani of Gwalior, Rajmata Vijaya Raje Scindia, who did well for herself politically after Indira Gandhi abolished privy purses of royalty in independent India. Titled Rajpath Se Lok Path Par, she scripted the film version of Ek Thi Rani Aise-Bhi and the film by Gul Bahar Singh was ready way back in 2008 but perhaps didn’t see too much daylight.

In a re-release, the film was screened at INOX on April 22, 2017, and Mridulaji cordially invited friends and media people to watch it. I went because like I said, the governor is a woman and an interesting one at that. There’s nothing mealy-mouthed about her and she can certainly speak her mind when she wants to, albeit quite softly. She is worth listening to, for from her vantage point of having lived her life both in the literary and political areas, she undoubtedly has a wealth of perception and insight. And she can be humorous too in a dry sense, a little wistful, a little sad at times at the turns her life takes — maybe against her inner conscience!

The film? Well, it offers one a glimpse of royal lifestyles and how they went for a toss post-Independence; with their lavish expenditure curtailed, many member of India’s royal families had to turn to politics to save whatever they could of their privileges (funny this!) and of course not all our erstwhile maharajas and maharanis were creatures of comfort; many were much loved by their citizens and they in turn did open up a lot of opportunities for them. The story of what happened to royal families in India is quite interesting.

The Rajmata of Gwalior had to face some bitter truths but she faced them with stoic courage and in the film the role is played by the ever graceful Hema Malini, Vinod Khanna plays the Maharaja of Gwalior role and it’s a fine performance (his last I imagine). It’s too flattering a biopic though, with much subdued mirch masala of political and private trauma….hints of it but never hard-hitting. Well, it’s a film made by a friend for a friend!

On that note it’s avjo, poiteverem, selamat datang, au revoir, arrivedecci and vachun yeta here for now! Think about all this and don’t just think.

ONE talk I was happy to catch was curiously titled, “Re-Imagining Ethics in A World of Rapid Development” by the venerable Tenzin Priyadarshin from the Dalai Lama Center for Ethics & Transformation Values, Massachusetts Institute of Technology (MIT, USA) at the International Centre Goa on May 7, 2017. Interesting monk for our interesting times! I dare say many of us would echo his concerns about vanishing ethics in a world becoming more and more difficult to live in peacefully. Educated we may be, but we do not know how to live happily with each other! In this sense Tenzin Priyadarshin thinks education has failed us in the last 200 years and since 2008 events have happened to tell us that the world is in jeopardy, in fact increasingly a dangerous place to feel safe.

All our development and progress is futile if we human beings don’t commit to living by a set of values or ethics. From the sound of it this is a major issue in the USA and at MIT they’re actually running programs to re-train or “re-wire” young people into the benefits of living an ethical lifestyle. Sometimes it’s a case of why good human beings make bad decisions. Have you ever wondered about this? It comes back to the kind of ethics we live – demanding nothing from our own self but everything from the other person! Like saying I don’t have ethics because of A to Z reasons but you better behave or else! Talk of doublethink and doublespeak, most of us get into the habit of believing one thing and doing another, don’t we?

At one time we had family, extended family, but all that has gone for a toss in today’s times. Religious practice offered some kind of guidance but most folk are increasingly not religious anymore or only socially so. A platform teaching us good from bad no longer exists and there may be the internalization that what I do is good but what you do is bad — who’s jury and judge? Our parents are too busy living their lives and have no time to teach us anything, while our leaders are no paragons of virtue either. What is ethics? Never has the world been so much in need of ethical leaders! Being ethical is not about being religious but about being secular. We can develop and progress only if we abide by some evergreen moral values or ethics. We need a good matrix, an integrated system so that we become a happy, contented, socially egalitarian society, and not just a wealthy society! Wealth per se does not make for happiness.

Today, said the good Buddhist monk, we don’t operate out of core values. “We believe one thing and behave contradictorily.” Can we come up with honesty and transparency faced with a situation or dilemma in a given time frame? In this sense, said Tenzin Priyadarshi, Buddhism is not a religion but something very practical. It stands for honesty and integrity in the real world (no make believe or fake world in which so many of us like to live!) Also in today’s times there’s no need to preach kindness to our kids. Our kids are smarter and see through us, “Kids are very perceptive…” They need to see right from wrong rather than be told right from wrong!

A story the good monk recounted stayed in my mind:  Say you’re a tourist in a restaurant and this frantic man rushes past you to disappear somewhere inside, he is followed by some policemen who stop at your table and ask if you’ve seen anyone go by? What would you do? Tell the truth? Tell what you perceive as a white lie to save the fellow on the run even if you don’t know why he is being chased? Or pretend you’ve seen nothing and don’t know nothing and are minding your business? Your response should tell you something about yourself!

The fact is we need to be aware that we’re living in more or less fascist scenarios where biases are perpetuated regularly, and we need to know when to be truthful, when to value trade-offs and what the consequences may be in the short or long run. Being ethical is doing the right thing not only when convenient, but also when it is inconvenient. Really, it was a most thought-provoking talk and I’m grateful anew I caught it. Do catch up with this down-to-earth Buddhist monk whenever you can! I think they’re planning to bring some of the MIT programs on re-imagining ethics to India one of these days.