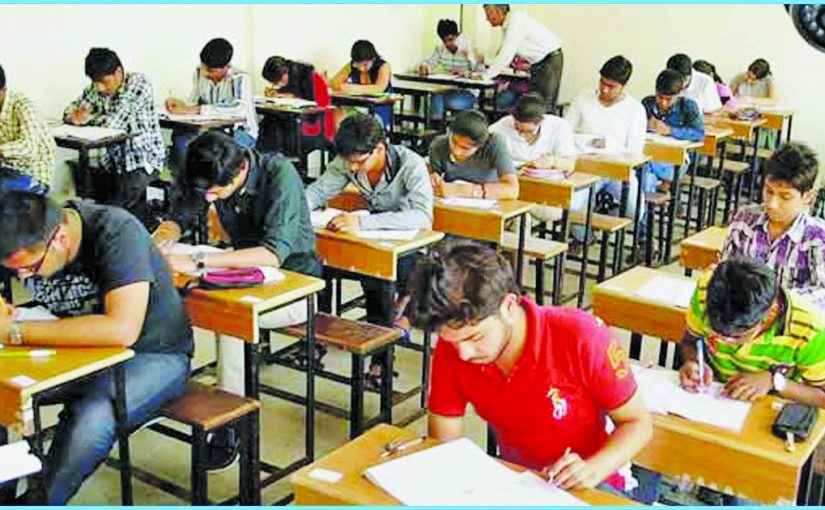 SHOCKING: The Accounts Department has made the shocking announcement that not even one of the 8,000 candidates who appeared for the written exam for the post of Accounts officer passed, including distinction and first class B Com graduates

Dr Prabhakar Timble, former chairman of the Higher Secondary Board, analyses why all 8,000 Goan students who appeared for the account officers exam in January have failed

Is the mass failure of all 8,000 candidates to qualify at a competitive selection written test conducted by a government department, ostensibly by the Directorate of Accounts a wakeup call to the Goa University and institutions of higher education to reorient and renovate their systems of teaching, learning and evaluation?
Is it an expected outcome of our deficiencies in the methodologies of imparting education which primarily focus on rote learning and mechanical repetition of something that it is to be remembered, often without real understanding of its meaning and application?
Does such a collapse at the stage of recruitment show that our students and learners are weak in practical knowledge and job skills, and that the current system of education is devoid of mechanisms to prepare human capital as required by the job market?
Is it a natural concomitant of the non-serious and so called ‘happy-go-lucky’ attitude of today’s generation?
Is the needle of deficiency on the recruiting department as few claim the Accounts Department bungled by setting up a written test beyond the comprehension of the candidates and job requirements?
Does this give credence to the perception that Goan students are not exposed to competitive testing and evaluation and also their tendency to take such issues easy and casual? Or is it the ‘confident’ belief that the selection process in government recruitment is just eyewash and nonsense to deceive, and that what matters is the right political connection and patronage?
No single reason

I would submit that such a fiasco is a result of all of the above.
The issue has emerged centre stage largely because of the recruitment done by a government department. It is a normal belief that recruitments in government are largely under political influence. Hence, the mass rejection as opposed to selection guided by recommendations of politicians is a pleasant surprise. I would consider this as a positive relief and the Directorate of Accounts should deserve credit for its attempt to put in place a rational and objective system of recruitment at least at the preliminary stage of selection.
The stories of recruitment through competitive tests in private sector particularly in Banking, Finance, Insurance, Retail and Information Technology may not be different but have not cornered media attention. The Chambers of Trade and Commerce, industry associations and SMEs have always raised complaints of gaps in skills and proficiency about products that are churned out from educational institutions.
All are unfit!

Having said the above and hinted at the likely gaps in knowledge and skills, let me also underline that the level of degree education in Goa is not so low as to digest a mass failure of around 8000 candidates.
It is a fairly big chunk of degree holders mostly from Commerce stream and quite few would be holding first class and also experience in commercial establishments. It is unthinkable that none could cross the minimum qualifying percentage of 50 and 60 in Paper I and II respectively at the recruitment test. The recruiting department should perform a rational content-analysis of the question papers in relation to the posts advertised. There are apprehensions that the level was tilting towards higher grade officers examinations. This should be objectively examined.
Further, it would be also proper to allow candidates the use of calculators and other devices as this is an inseparable part of learning, learners and working environment today. There is no point in increasing the difficulty levels artificially, though the standards of application levels of knowledge could be kept at the required stage.
After knowing that none could cross the pre-fixed qualifying barrier, the recruiting department could have made a reasonable relaxation of around 10-15% in the minimum percentage to account for the probable difficulty level of the test papers. It would do no injustice if applied uniformly and fairly to all. On the other hand, it would save the concerned department the cost of time and repetitive process of selection.
Finally, the department needs the human resources and would even otherwise work on orientation and training of the new

recruits to the job.
Preparing for future

What has happened in the recruitment of Accountants has raised an alarm. This should be immediately followed by remedial and corrective measures.
I would list out four doable for immediate implementation by educational institutions and students:
1. Competitive selection process in recruitment is becoming the order of the day and the trend of the future in government and private sector. Educational institutions need to imbibe this value in learners by making competitive testing and evaluation an integral part of education. This is a doable through teacher/tutor marked continuous assignments along with the present system of term/semester essay-type evaluation.
2. Evaluation should have a good mix of knowledge based as well as application oriented questions.
3. Placement training to be made compulsory at degree level which includes skill-based tests and internships as extended curriculum activity. Educational institutions and teachers should take inputs from government and private sector.
4. There is absolutely no dearth of recruitment tests on the internet. The web is literally flooded with all types of tests, MCQs, assignments etc., in each and every discipline. It is for our students to adopt these self-learning tools during their stint in educational institutions and beyond. The teacher has to only facilitate and motivate.
All have lost

In this shocking debacle of recruitment or should I say non-recruitment by the Accounts Department from 8000 candidates, everybody has lost — the department, teachers, educational institutions, university and the youth. I cannot say “all is well” with the recruiter and “all is wrong” with the candidates and higher educational institutions.
Mass rejection of all candidates cannot be the rule. If this be so, I do not think we will get teachers in schools, lecturers in colleges, professors in universities, journalists in media and professionals in service sector. All stakeholders should introspect and take corrective measures to maintain the tempo of productivity and development. We have to review our systems which have become antiquated. This applies to the recruiter, the training institution and the job-seeker.