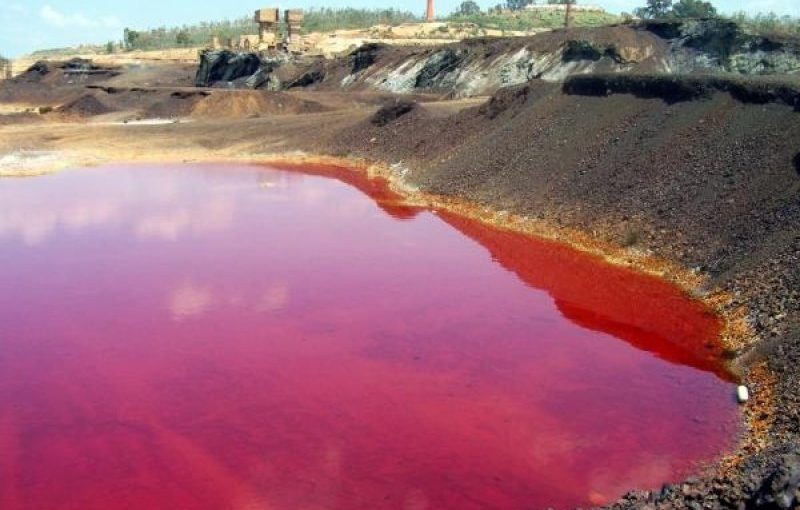 TIME BOMB: It was the Portuguese who planted the ticking time bomb of mining by issuing over 700 concessions for extraction of ore in the 1950s

The gambling lobby (akin to the Shakunis from the Mahabharatha) may succeed in exiling the mining Pandavas who have dominated Goan politics since 1961. But demonetisation may kill the goose that has been laying golden eggs for the government

Advised by the Portuguese Board of Overseas Research (JIU), comprising geologists, geographers, anthropolgists and other scholars, such as T S Mota, Carrington da Costa, Luis Aires Barros, Mariano Feio, C Teixeira and some others, the Portuguese government had sanctioned about 700 concessions of lands for iron and manganese ore exploration in the 50s of the last century. Before leaving, the Portuguese had thus laid a time-bomb.

Iron export started in 1947 with 100 tonnes. It has since risen to about 50 million tonnes and more in Goa, largely encouraged by the recent Chinese demand for building its Olympic stadia. The federal and local Indian authorities looked upon the exports as vital for the state and national economy. However, the visible consequences of the uncontrolled exploration has been a rapid destruction of forest cover of Goa’s interior and part of the Western Ghats, home to the one of the richest bio-diversities in the world.

This essay was originally presented to an international conference ‘Science in the Tropics’ (Instituto de Investigação Científica Tropical, Lisbon, 2012) and is based upon various published scientific reports and other ongoing investigations by official and non­-governmental agencies. Important among these is the Goa Foundation, the first to call attention to the abuses of mining in Goa, and to call upon the Supreme Court of India to intervene.

The institution that organised this conference provided over decades the academic input to the colonial policy-makers of the Salazar regime. It was wound up a couple of years ago. In one of its last publications, there was a citation from Zeller, Suzanne. (2000). ‘The colonial world and a geological metaphor: Strata(gems) of Empire’. Victorian Canada. Osiris and Series, vol. 15, pp. 85-107 states: “The geologists played a crucial role in the transformation of lives in the overseas regions, altering in some cases for good and almost radically the pre-existing life-conditions”.

It is precisely this radical change that we wish to illustrate with the Goa case ever since the first geological  intervention in Goa during the near end of the Portuguese colonial regime. While there were  regular geological departments since 1926 in Angola and Moçambique, the other African and Asian colonies received special scientific missions under the aegis of the Junta das Missões Geográficas e de Investigações Coloniais / Junta de Investigações do Ultramar (JIU) This organ was not responsible for the cartographic survey of Portuguese India in the same way it did, for instance, in Angola.

In 1953, Goa received a brigade of geology and mines of India led by a mining engineer. During 1953-1956 Gerhard Oertel, a German,  was the leading geologist of the brigade. He was entrusted with the task of preparing a geological map of Goa. Oertel published a series of articles in Comunicações dos Serviços Geológicos de Portugal during 1955-1958, including Carta Geológica do Distrito de Goa (1957) in black and white, with a scale of 5cm/10 km.

During the International Congress of Geology in Mexico, in September 1956, while an International Geological Atlas was being discussed, the Indian delegation distributed a geological map of Goa ignoring the political boundaries of the Portuguese jurisdiction in Goa. The Portuguese delegation distributed their map as provisional, and the research papers published by Oertel. It promised to present an official map during the meeting of the World Geological Commission scheduled to meet in Paris in 1958. No such map was presented, promising it at the next meeting at Copenhagen in 1960. In the meantime, Portugal  faced rising colonial unrest, and Goa was annexed by India in 1961.

The Portuguese inability to present the promised map was also due to the fact that Oertel had resigned his job in 1960. He had become a victim of academic intrigues. I could uncover some of them. I leave here some clues which point to the conflict of personalities, not uncommon in the academic circles anywhere.

In the context of a suspicious silence about this issue, I felt provoked to dig into the matter. I could recall a similar incident that concerned the Goan director of the Historical Archives in Goa, P S S Pissurlencar, who was also a contemporary of the events under discussion. He was highly praised and honoured with awards by the Portuguese government and academic institutions, but suddenly became a persona non grata when the Portuguese case against India at the Hague, namely the “Right of Passage”, led to frictions between him and the Portuguese regime. I had the privilege of disclosing and denouncing the incident in a conference at the Portuguese Academy of History in 1995 (http://bit.ly/2eC7hVn).

I came across a reference to Gerhard Oertel with his photo in a web page of University of California, Los Angeles (USA) as professor emeritus of structural geology in 1992. A festschrift was dedicated to him in 1995. The felicitation volume was edited by his student-disciple Engelder, T (1995) 30 Years of Tectonophysics. Presently working in the Department of Geosciences at the Penn State university, USA, Prof Engelder (http://www3.geosc.psu.edu/~jte2/ Site acceded on 29.04.2012) was kind to send me the text of the introduction he wrote for that volume.

From the biographical data of Gerhard Oertel as presented by Engelder, he was born in Leipzig in 1920, did his early studies in Australia, and returned to Germany to study geology under Professor Hans Cloos in Bonn. Dispensed from military service, he was called upon to produce a topographic map of Belgium and map aerial topography of Balcans. His plane was hit and he was hospitalised for four months.

He defended his doctoral thesis in the University of Bonn in February 1945, and became a professor at the same university. He won a scholarship of the British Council to occupy Prof Arthur Holmes’ chair at Edinburgh to study the volcanic strata of  Arthur’s Seat and some others in Scotland. While still lecturing at Bonn in 1950, he accepted the job of geologist of the Portuguese Oil Company on a three-year contract.

In 1953, Oertel was recruited by the Goa government to work on a geological survey of Goa with a view to ore exploration. He produced a map of the entire terrritory, along with several reports. In 1960, he moved to UCLA by invitation of  John Crowell to lecture on  subjects of structural and tectonic geology.

In the information supplied to me about Oertel, there was no mention about any grudge he may have entertained against the leading Portuguese geologists who considered themselves outdone by a junior researcher in the field, and that too a foreigner. In a publication entitled A Geologia de Goa: Considerações e Controvérsias (1960), the president of the executive commitee of JIU, J Carrington da Costa, sought to demolish Oertel’s career. He minimised the scientific value of the studies he published in Goa, and labelled his map a “geological sketch”.

What follows may clarify what irked the JIU geologists, but I shall leave here on record just a reference to Abilino Vicente, who headed the geological and mining brigade of the Estado da Índia. He had taken Oertel to Goa, satisfying a request of Goa governor Sarmento Rodrigues. Vicente addressed Carrington da Costa: “I fail to understand your tone aimed at devaluing the work of Dr Oertel from the start to finish, as if that geologist had no merit whatsoever. I disagree with your attitude. Considering your high status as a scholar, topping the list of national geologists, your criticism is uncharitable, not very just, and very incoherent.” [Vicente, A. (1961). “Duas Cartas e Pouco Mais: acerca do estudo Geológico de Goa”].

The geological cartography served the Portuguese colonial interests in Goa during a politically critical phase. The knowledge became a political tool for the government following the Colonial Act of 1930, which defined the role of  the “colonial empire” as owning, civilising and colonising overseas territories. The contribution of the Geological Services of Portugal and of the Board of Overseas Research (JIU) was noteworthy.

Aires-Barros, presently director of the Geographical Society of Lisbon, calculated ore deposits as hundred million tonnes of iron ore. He hardly foresaw what would happen following the integration of Goa in the Indian Union in 1961. Nearly half of those deposits may have been exhausted in the past two decades. The immediate interest of the Portuguese was to balance Goa’s accounts, particularly in the context of the economic blockade imposed by India. The exports started in 1947 with 100 tonnes, but reached nearly six million tonnes in 1961.

Contrary to what was said in the Portuguese parliament following the loss of Goa – namely that Goa only had a historic significance, despite being an economic burden – the report of the accounts of 1953 described the financial situation of the state as strong. Ordinary income expected for 1953 was ₹ 15,474,754 and reached ₹ 19,440,010. The total income was ₹ 28,885,117 and expenses ₹ 22,297,800, leaving for 1953 a positive balance of ₹ 6,587,317. (Lobato, 1955). The excess income was spent to cover a variety of expenses, including the costs of geological-mining prospection.

The publication of Goa, Daman and Diu Mining Concessions (Abolition and declaration as mining leases) ACT, 1987, in accordance with the Mines and Minerals (Regulation and Development) Act, 1957, replaced the colonial decree of September 20, 1906 which had legislated about mining concessions in Goa (Gazette of India, 1987). The new legislation permitted the conversion of 700 colonial concessions into leases), and limited the exploration to only 90, which does not correspond to the actual situation, scandalous and destructive of the regional eco-system.

It was a very generous legislation in its respect for the colonial rights and obligations, even after a political transition marked by invasion and conquest. Obviously, the Indian government did not want to give Goans and the world an impression that could counter the image of liberation.

During the recent past, the mining business is believed to have received the clandestine support of the politicians, both of the ruling party and the opposition. Many were publicly  denounced in the local media and also on the internet.

The dust caused by the extraction and transport, the sediments carried by the monsoons to wells and rivers, have affected the normal life of the people on a big scale. The vibrations of barges carrying the ore through rivers till the port of embarkation weakened the age-old bunds and dykes that protect the rice-yielding khazan lands.The subsoil of the villages bordering the mining areas have lost their water content to an alarming extent.

Large forested areas have been devastated, leaving craters and hills of debris that reach in some cases a height of 100 metres, far exceeding the permitted limit of 30 metres. One can view this devastation illustrated in the book entitled Sweet Land of Mine (2008), a publication of the Goa Foundation, which was generous in providing me access to the text and allowing the use of its illustrations  in my  presentation.

A mega-investigation was ordered by the central government and entrusted to Justice M B Shah. Its partial report was made available after the last Assembly election on March 3. The fall of the government was a public mandate to clean the mess that “under-mined” Goa.

The final report of Shah Commission was released only in October 2013 (http://bit.ly/2fwh5Bi). Has the mandate of the people and the Shah commission been fulfilled and the abuses redressed by the ruling party? The forthcoming elections may provide the answer. Or will the dice gambling of the Mandovi-based Shakuni override and decide the exile of the political Pandavas of Goa?

One thought on “SHAKUNI TRUMPS PANDAVAS”