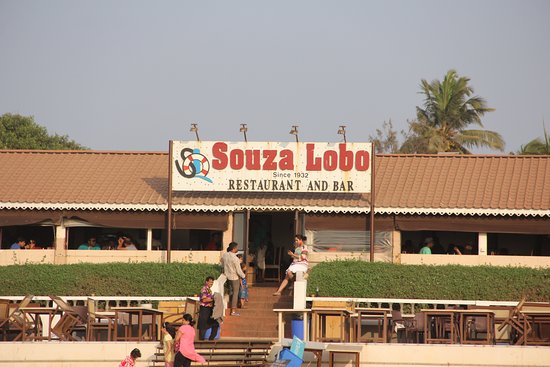 Jude, owner of the popular Souza Lobo shack in Calangute has been arrested by the Delhi police allegedly in a fake rape case. And taken to Delhi.

Sometime ago there was a attack by armed goons against the Souza Lobo shack in which a lot of equipment of the land mark shack which has been serving Goans and Tourist for over two decades.

The attack was allegedly by a Delhi builder who had bought the shack next to Souza Lobo and may have wanted to eliminate competition.

Locals as well as all Goans who used to patronize the shack are shocked by the arrest by the Delhi police.

Allegedly the arrest was made on a “complaint” of rape made by the wife of the builder.

It was not known who the builder is who has so much influence that he can get Jude arrested with or without the knowledge of the Goa police.

Schools have been shut down and restrictions have been imposed on travel, event in parts of Maharashtra. In Amrabati division night curfew and lockdown were used to contain the spread of the virus.

On the weekend particularly on Sunday Maharashtra reported almost 7,000 new Covid-19 cases. The Chief Minister Udhav Thackeray has imposed a complete ban for a few days on all political and social religious gathering.

Among the worst affected cities in Pune where positivity rate is almost 10%. All schools colleges and private coaching classes in Pune will remain close till February 28.

Meanwhile only 30% of front line health workers who are eligible for the vaccine have come forward to take it. There is a major problem of vaccine hesitancy. ‘

The biggest concern of the health authorities is that people seem to think that we are passed any danger of getting infected. This has resulted in most citizens discarding their masks and not maintaining social distance.

The South African variant has lead to a second wave of Covid-19 in the UK where the number of cases had touched almost 20,000 a week. However with widespread vaccination the numbers have been bought down but are still very high.

Due to Covid-19 the number of hospital beds available for other serious diseases has dropped sharply. In Goa 35 people who are admitted to Covid-19 centers during the weekend.